In this guest piece, Atomic 212° social media account manager Josh Dishman (pictured below) argues that while media relation skills are going to be absolutely critical in the marketing mix of the future, PR firms need to understand their place in the larger media mix and develop new skills if they aren’t going to be regarded merely as yesterday’s news. 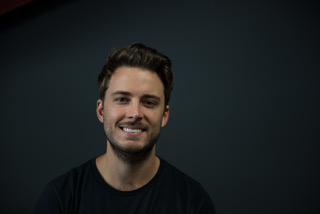 As Elvis Costello reminded us all way back in 1981, “Yesterday’s news is tomorrow’s fish and chip paper”. But with the advent of the digital age and the ongoing fragmentation of channels and integration of marketing, agencies who engage with the media and who maintain that line of thinking are set to be as popular as rotten cod.

Back when Costello and The Attractions were still top of the charts, a PR firm could easily claim that getting their clients in a daily paper with a huge circulation was as big as a win could get for them. Obviously, PR has always been so much broader than just getting a client an earned media run, but earned media has always been one of the major promises of the PR industry.

However, with audiences increasingly getting their daily news fix online, PR firms need to be doing so much more than just seeing their clients get a run in a digital rag. Increasingly, the media relations function should be about achieving specific results for clients at all stages of the consumer journey – converting a customer, generating social media engagement, affecting behaviours, and improving search rankings through backlinks.

Bringing SEO and PR together

As we all know, backlinks are like gold when it comes to search, so merely getting a mention can’t be good enough anymore. You need to be creating online content that journalists are prepared to backlink to, so that rather than having a one-off ‘win’ by getting your client in the news, you’re actually getting massive value in search terms. Major news sites are among the most authoritative on the internet, and a backlink from an influential journalist is incredibly valuable.

SEO teams spend countless hours trying to get their clients strong backlinks, and there are amazing synergies that could be found if an SEO team combined with a PR guru.

Speaking in The Lunchbox 2017, Searchmetrics founder and CTO Marcus Tober explained the future of links and how critical quality content is set to become:

“Links are still an important factor for Google, but will become one of many.

“When brands understand that building links actually means creating valuable content so that many authorities want to link to their content, the link building paradigm shifts more to the content and the value the contents delivers.

“Of course, this is easier said than done, but looking for a cheap trick to outperform anyone else in the SERP is gone. Long-lasting strategies are more successful.”

The obvious advantage a PR firm holds regarding the importance of making something people want to interact with is that they tend to pride themselves on being storytellers, so quality content really shouldn’t be an issue.

Quite how any PR firm doesn’t see getting backlinks as a necessary, base-level offer is madness. Sure, you won’t get the link every single time, but what firm gets their clients in the paper on every single pitch? You’ve at least got to be aiming to make it happen.

Moving on, having landed your awesome plug of a story on a widely-read site and earned that quality backlink, a PR firm should be active in amplifying its reach as broadly as possible.

Again, it’s seems so obvious, but so many PR firms baulk at putting budget into paid search or paid social, or behind tools such as Outbrain, which are key to getting maximum exposure.

You’d be amazed at the number of PR firms who still see their ultimate goal as getting a run in the media. But this should just be the start of the story. This valuable content can be pushed across Facebook or LinkedIn, it can be posted on the client’s blog or website – it can be pushed, pushed, pushed and full leveraged.

The aim is not to get a run, but to generate a certain result.

Is paying for editorial an absolute no-no?

It’s an unfortunate fact that in the media game – the dividing line between editorial and sales – is becoming increasingly blurry. Agencies and PR practitioners need to have the courage to realise that church and state regarding paid versus earned media is fading fast.

Atomic 212° research shows that some local magazines are now charging not only for traditional advertising, but also for editorial coverage. What’s more, there are obvious similarities between encouraging a journalist influencer to cover a story and paying a social influencer to generate content – it’s all influencer marketing, isn’t it, and there are certainly transferable skills that PR practitioners should be jumping on.

What was once seen as unethical is now basically commonplace. It may not sit well with you, but as editorial budgets are being slashed, it’s simply the world we live in.

Media relation skills are going to be absolutely critical in the marketing mix of the future, and these are skills that have been central to the PR profession for decades, but firms need to understand their place in the larger media mix and develop new skills if they aren’t going to be regarded merely as yesterday’s news.