The three posters which have been removed from Casula shopping centre translated to: “We speak your language. Come to one of these Optus stores and chat to us in Arabic.”

Optus runs similar posters in Italian, Chinese and Vietnamese translations, none of these have received Facebook complaints. Some of the complaints draw a tedious link between Arabic- the official language of more than 200 million people around the world- and ISIS terrorist group. 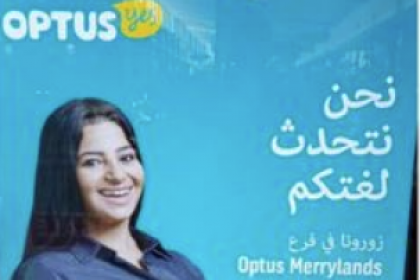 Here are a snapshot of some of the complaints Optus has received:

Optus has responded calmly to the complaints, telling people the ads are meant to be engage people who may not speak English:

A Optus spokesperson told B&T :“Optus’ customers and staff come from a range of backgrounds and speak many different languages. In some communities we actively promote the bi-lingual skills of our front line staff. We recognise that sometimes customers find it easier to understand the detail of a phone plan when it’s explained in their first language.

“Optus remains committed to minimising and eliminating discrimination through our corporate culture, marketing activities, employment practices and interactions with the community. However, yesterday following a threat to our store staff, we made the decision to remove some materials that were published in Arabic. The safety and security of our staff is paramount.”

The Optus ads and its social media response has been applauded by some over Facebook: 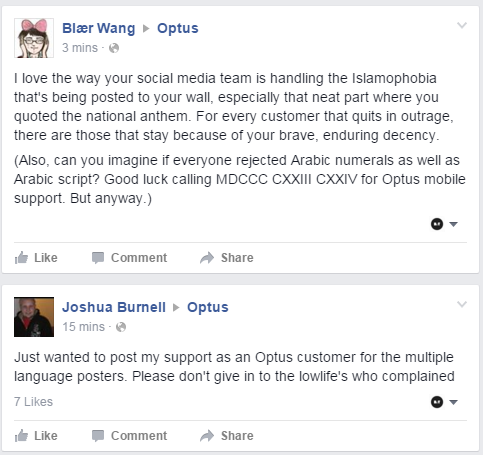