Helen Souness (pictured below) is the chief executive officer of RMIT Online. In this guest post for B&T, Souness says that while marketing is increasingly tech-led it’s still no replacement for the human touch…

It’s called the ‘information age’ for a reason.  Today, organisations have unprecedented volumes of data at their fingertips, providing incredible opportunities for marketers and businesses to better personalise their message to best service their customers.  But to really take advantage of this data, businesses need data scientists who are not only skilled in data analytics, but who can convey information and lead and influence the actions of others. 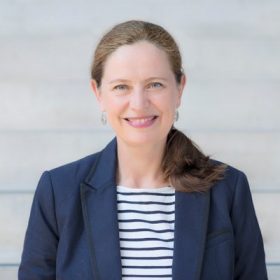 A data scientist might not only identify where the prospects are dropping off a marketing funnel, but also why that might be happening at a certain time of day or a screen in the purchase journey and hypothesise on what could fix the problem. In other words, intuition and creativity are as important for marketers as data crunching skills.

The explosion of ‘big data’ is being driven by rising internet usage and cloud computing, as well as the proliferation of new technology platforms collecting data from users. Hyperanna, one of RMIT Onine’s industry partners on our recently launched Masters of Data Science, have been working to democratise data and empower individuals to be curious about their business.  Using smart technology, they have created ‘Hyper Anna’ to help make smart decisions from company data.

In the ‘new work order’, the marketing data scientist’s role is an increasingly important one, as they can unearth trends in consumption and can drive business development. But as expectations of the workforce evolve and jobs become more complex, employers too are increasingly seeking data scientists equipped with hybrid skills — a mix of right-brain thinking (creativity and imagination) and left-brain thinking (mathematics, statistical and analytic skills). Those data scientists who have both will be most in demand.

Job analytics firm Burning Glass Technologies has estimated that hybrid jobs — which pay 20 per cent to 40 per cent more than their traditional counterparts — will grow 21 per cent over the next 10 years, doubling the pace for jobs overall and while 42 per cent of all jobs can be automated, only 12 per cent of hybrid jobs fall into this category.

Data scientists are especially in demand in marketing departments to leverage customer data to develop artificial intelligence and machine learning to anticipate their customer’s next move. More generally, data scientists can use data insights to solve business problems and create opportunities to build value for most organisations.

Beyond technical skills, soft skills are very important – data scientists must be able to communicate complex ideas in simple terms, so that marketing heads and management can understand and benefit from the work they do.  They must be able to translate data science into the marketing language. Data scientists need to be able to think creatively to develop solutions to ‘big data’ challenges. Rigid thinking won’t work in the marketing department any more than in does in an artist’s studio, where creativity is essential to providing output, innovation and influencing other people’s behaviour through conveying ideas and communication.

According to the 2018 Institute of Analytics Professionals (IAPA) Salary Survey, the most in demand skills for data scientists were soft skills rather than technical skills as the graph below indicates. That report stated: “A candidate that has a good breadth of soft skills, including communication, presentation and business leadership will be more employable than a person with only a range of technical skills.” 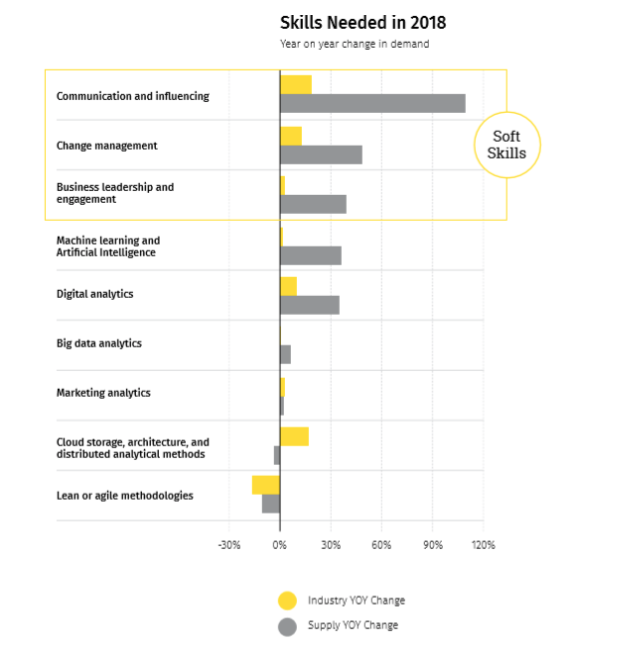 Creativity too is essential to drive innovation in organisations. With a number of organisations funding innovation labs such as Telstra, Commonwealth Bank and insurer IAG, data scientists have a role to play in such labs where their analytic skills, combined with problem solving and creative thinking, can help to develop new ways of extracting value from data.

The insights generated through marketing data science have the capacity to increase the maximum earning potential of today’s businesses, so employers are paying a premium for their skills. Some top-level data scientists are commanding salaries of more than $200,000 in Australia, according to the jobs website Indeed.com.au.

The average salary for a Data Scientist is $114,719 per year in Australia. Salary estimates are based on 392 salaries submitted anonymously to Indeed by data scientist employees, users, and collected from past and present job advertisements on Indeed in the past 36 months to 14 November. This figure compares favourably to the average of $93,995 for solicitors and $72,119 for accountants.

What is even more striking is the impact on salary levels that can come from postgraduate study.

Research by Deloitte Access Economics predicts that data scientists who have completed postgraduate study in Information Technology will have an average income of $130,176 in 2021-22, up from $111,634 in 2016-17. The future of work: Occupational and education trends in data science in Australia report says that across postgrad-qualified IT professionals, a lifetime wage premium of 51 per cent is directly attributable to their qualification, compared to workers with no post-school qualifications.