With the lifestyle market being as saturated as it is, brands really have to find a niche to slide into. It’s all well and good for a brand to say it’s getting into the ‘diet and fitness’ area, but if you don’t have a specific voice or angle for your offering, you’re kaput.

News publisher ninemsn believes it has found an avenue to branch into, showcased by the launch of three new websites, refurbishing two of its current ones and giving its lifestyle offering a complete makeover.

Of the new websites, ninemsn Honey is for the fashionistas, Coach is for those health and fitness people and Pickle is where viral and quirky articles come to reside.

The launch of the new sites has also opened up a number of jobs, both in-house and out, in an increasingly hard to crack market, with Naomi Smith recently announced as editor of ninemsn Honey.

Fashion isn’t a new market. However, managing editor, Emma Chamberlin says creating and commissioning lifestyle content for magazine giant Bauer Media’s digital titles for years has given her the insight to know what the readers want.

Chamberlain says: “If you look at what we know about digital, it has to be readable and engaging. It has to give people a reason to come back and read something.” 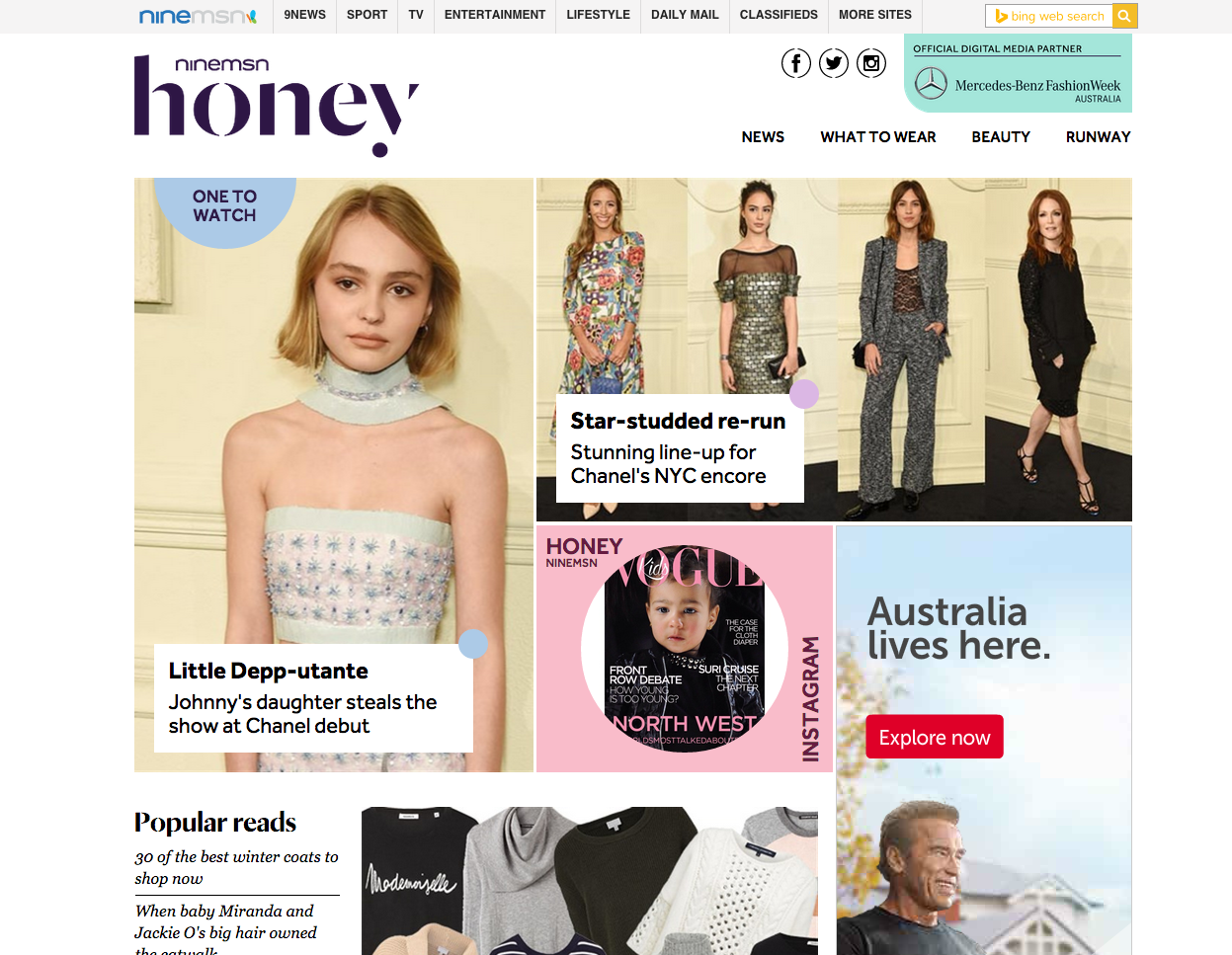 No one in the local market was really doing that, she explains, so Honey sees itself sitting between the high-end fashion magazines and the fashion bloggers. “That’s the vision I started with, and we’ve worked towards that,” she says. “Now is where we start testing the waters and seeing how it goes.”

For the vision behind Coach, Chamberlain says the team looked at what others were doing, but also used their intuition about what was needed.

“I didn’t want to go down the market that’s all about ‘lose 10 kilos in 1 day,” says Chamberlain. “I wanted it to be more readable, amusing, positive and useful. Tell me something about gym smog or why souping is the new juicing.

“The whole ethos of Coach is ‘here’s how to have some fun while you do it’. And when push comes to shove, we don’t actually care if you do it, we’re here to educate you and be your buddy but not have that judgey vibe.”

“Pickle came about to fill that need of where to put content that is doing really well on social media and didn’t have a clear home on ninemsn,” explains Crawford.

“It’s a new news mix that doesn’t exist in the old world – where you can have quite frivolous stories alongside meaningful ones.

“I wouldn’t by any means say that Pickle was just cat pictures or stupid things. It is cat pictures, it is animal stories, but then it’s also awe inspiring and intellectual stories.”