Following on from Telstra’s attempts to hijack the Olympics this week (over actual Australian Olympic Committee sponsor Optus) comes news out of the US that Nike are trying something equally dodgy with its sponsorship of the US men’s basketball team.

It’s just assembled the 12 best players in the country for a Team USA shoot, although the actual Olympic team is yet to be named. 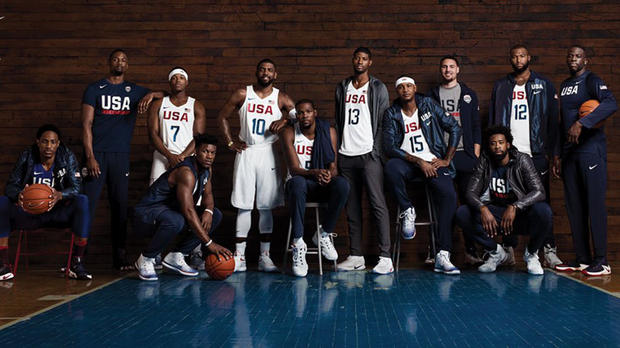 However, in somewhat awkward turn of events for the sportswear behemoth, three of the 12 featured in the shoot were sponsored by rival footwear brands meaning they had to be moved to the back or their foot positioned so as not to show the rival logo on their boots.

US basketball players can make BIG dollars in sportswear sponsorships, often more than they get for actually playing. So sponsors are none too pleased when their multi-million investments aren’t on show.

The players in question are Harrison Barnes and Kyle Lowry who are sponsored by Adidas and DeAndre Jordan who is sponsored by Anta.

Not that anyone should be too worried by Nike’s stunt, the truth is it’s been doing it for years as the company holds enormous sway over the game in the US, both with players and officials. 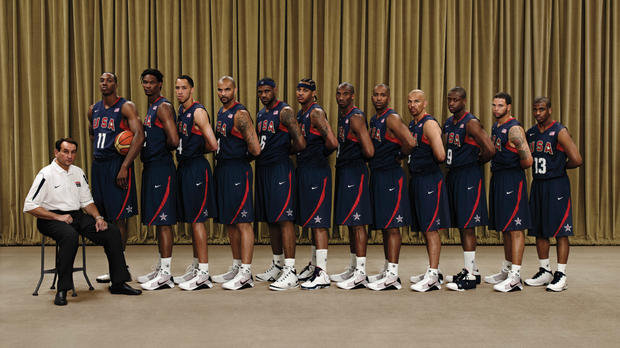 In its 2008 team photo (above) it made sure the Adidas-wearing captain of the team (and only non-Nike sponsored player) Dwight Howard had his offending shoes covered by the coach’s black loafers. 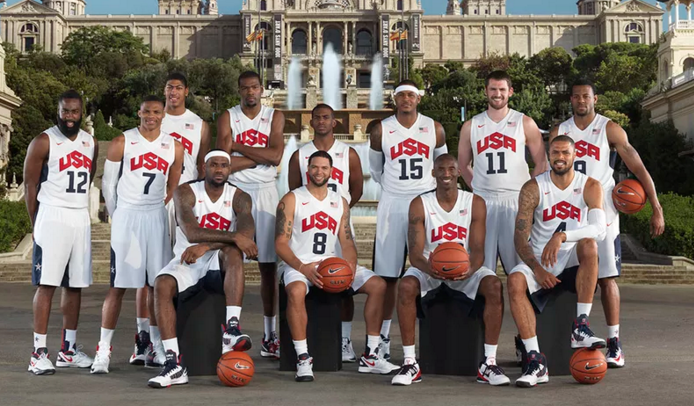 In the 2012 team photo (above) luck was on Nike’s side. All the team was signed-up to Nike except Kevin Lowe who had signed with a Chinese shoe manufacturer. However, this time around Lowe used a somewhat strange “comfort clause” in his contract that allowed him to wear Nike’s for the shoot. 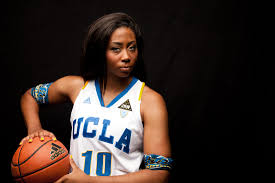 However, US media is reporting that Nike is not to be messed with. There has been press reports that one of the US’s top female basketball players, Candace Parker (above), has been left out of the US women’s team solely because use has an Adidas shoe deal.