It boasts a monthly Google audience of more than two million and close to 500,000 daily subscribers. 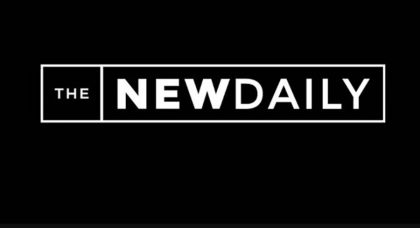 It’s impressive climb up the Nielsen news site rankings – from outside the Top 200 at launch to inside the Top 20 for most of this year – represents a significant slap-in-the-face to early critics and sceptics who said it would never last.

On the eve of the site’s fifth birthday celebrations, Guthrie said: “We never took much notice of them (critics) to be honest.

“We just put our heads down and kept working hard. The results speak for themselves.”

Owned by Industry Super Holdings, which is made up of 29 industry super funds, The New Daily was created for fund members – and non-members – to provide a reliable and free news service in an age of news paywalls and increasing media concentration.

One of its primary goals is to improve the financial literacy of readers in an entertaining and compelling package.

Guthrie added: “Incredibly, we are often the only news site in the Nielsen Top 20 that’s been launched this century.

“In that sense, legacy media still dominates the landscape, but we are now firmly part of the conversation.”

Just last week the ACCC cited The New Daily’s emergence as one of the reasons it could greenlight the Nine-Fairfax merger, with ACCC Chairman Rod Simms saying: “With the growth in online news, however, many other players, albeit smaller, now provide some degree of competitive constraint”.

The site’s innovative funding model sees it supported by ISH and advertising.

The actual publishing of the site and its newsletters is done by Motion Publishing, whose directors are Guthrie, Crikey publisher Eric Beecher, and longtime Adelaide publishing identity, Paul Hamra.

Motion Publishing recently won a contract extension which Hamra, managing director since launch, said was an important endorsement of both the site’s achievements and its future.

In its five years the news site has grown to an audience of 2.3 million monthly users, according to Google Analytics.

Nielsen has had The New Daily in its top 20 news websites in Australia for most of 2018 – quite an achievement, given it couldn’t crack the Top 200 in its first month.

“We were coming from an absolute standing start,” says Hamra of the November 13, 2013 launch.

“Unlike most of our competitors we didn’t have decades of print or TV audiences following us into digital.”

Earlier this year, one of The New Daily’s journalists, Christiane Barro, won a Walkley Award for her series on medicinal cannabis.

While the site has a 24×7 homepage, the bulk of its audience comes through its weekday AM and PM bulletins and its morning bulletin on weekends.

More than 450,000 subscribers now get the regular news emails with hundreds of thousands of them also subscribing to specialist newsletters on Property, Travel and Health, which go out monthly.

“Most weeks we send out close to six million emails,” said Hamra.

“That makes us one of the biggest email publishers in the country.”

The site has had to continually upgrade its email service provider as its audience has exploded.

“We are working with them on some very exciting innovations that we’ll unveil in the new year,” says Hamra.

Co-founder Bruce Guthrie says he is immensely proud of what the editorial and publishing teams have achieved in just five years.

“Even though the barriers to entry into news publishing have come down because of digital, the reality is that few Australian companies have stepped up,” said Guthrie.

“Indeed, if you look at the new entrants cited by the ACCC last week, The New Daily, Buzzfeed, Crikey, The Guardian and The Daily Mail, most are from overseas.

“When you add in The New York Times, CNN, BBC, Huffington Post, it’s something of an invasion.

“There aren’t many new Australian-owned media businesses having a go.

“To that extent, I think we’ve shown the way,” he said.