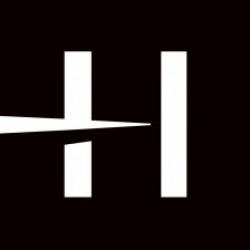 
Football Federation Australia (FFA) revealed today the new look for the Hyundai A-League, Westfield W-League and Foxtel Y-League to be launched at the commencement of the 2017/18 season.

Building on the FFA’s 20 year Whole of Football Plan, which aims to claim a category leadership position for football, the brand and visual identity has been created by Hulsbosch which participated in a 12-month consultation process with the football community and club leaders.

Creatively, the modernised football icon at the centre of all three league’s logo is inspired by football’s three points of difference – atmosphere, diversity and unity. The focus is to highlight these points of difference to drive growth across the Hyundai A-League, Westfield W-League and Foxtel Y-League.

FFA chief executive David Gallop said, “Football has recently been confirmed as the number one club-based participation sport in Australia and we’ve just signed a new six year broadcast deal so it’s a great time to reveal a new brand for our leagues. The work we have done with Hulsbosch gives us a strong brand platform demonstrating the unity at the heart of Australian football.”

Jaid Hulsbosch, Director, Hulsbosch said, “The unique identity is primarily a reflection of the passionate football fan. It delivers a clarified visual language that is energetic and positive for a stronger football footprint in Australia.

“Magnetic on and off the field, the versatile design will be utilised across a range of platforms from packaging, broadcast, digital and game day promotions.”

The Hyundai A-League brand will continue to retain the colour orange to acknowledge the inaugural brand created for the launch of the league in 2005. In addition, the Foxtel Y-League retains the brand colours of the Hyundai A-League as it acts as the feeder league for the competition.

For the first time in Australian sport, the league identity will assume the colours of Clubs within all Club communications to further showcase the importance of bringing the league and Clubs closer – under the one brand banner.

In the lead up to the opening season matches in October 2017, the FFA rebrand will be launched in all corporate and marketing collateral, events, digital, sub brands and special programs, including the ALDI MiniRoos junior participation program.