Netball Victoria has launched the Melbourne Vixens 2017 season with their latest campaign, ‘We Make Champions’. The campaign brings to life the aspirations of young netballers across Victoria, highlighting that all girls have the opportunity to one day play for the Vixens.

David Dahan, managing director, M&C Saatchi Melbourne said: “The Vixens have been creating dream teams for 85 years. They discover athletes who show potential and nurture them to the top of their game. ‘We Make Champions’ showcases Victoria’s most promising netball stars, allowing them to follow their aspirations to become the next Vixen.”

Rosie King, chief executive officer, Netball Victoria said: “Last season 7 of the 13 players named in the Diamonds team came from the Vixens. We have a strong pathway system that fosters great talent through to a national stage. This campaign heroes the champions of tomorrow.”

The campaign is featured across TV, print and digital. 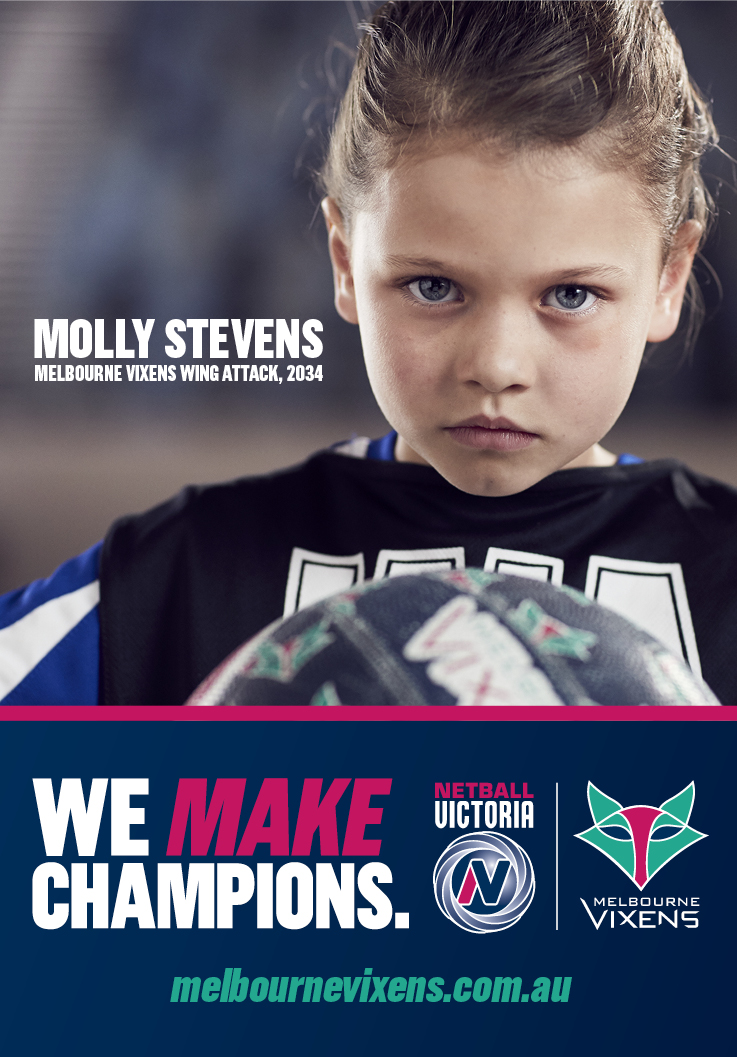 A huge thank you to all the aspiring netball players who responded to our call out to be part of the commercial. We would like to wish you all the best with your netball careers.