In these strange plague times, B&T is more determined than ever to unite the industry and revel in the glory of our industry’s best and brightest overachievers.

That’s why over the next few weeks we’ll be celebrating adland’s youngest and most talented individuals; that’s right, B&T‘s 30 Under 30 finalists.

There are 10 finalists in each category, and 10 categories overall. So, if you’re keen to see who made the ultimate list this year, now’s your chance. Let these individuals inspire you, make you seethe with jealousy and ultimately motivate you to do the best work you can, and enter the Awards in 2021.

Without further ado, here are the 10 Tech finalists. 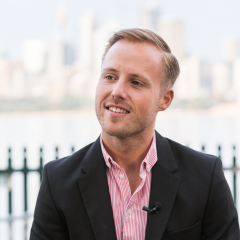 Angus began his digital marketing career while studying Business at UTS in 2012, working at George Weston Foods. Following graduation, he worked in a similar role with a small enterprise digital solutions provider, IQX. Though found he had a stronger passion for creativity & decided to undertake a Masters in Creative Writing at UTS.

While studying this degree (2015) he joined a Chinese e-commerce startup called Gfresh, in its very early stages. In this environment and with these peers he found a passion for combining analytics & creativity to help the business grow exponentially around the world.

Following his time here he joined Sydney-based startup agency, Indago Digital. His focus here on developing and taking to market new SEO products as well as spearheading the company’s Digital Cadets program – an initiative aimed at bridging the gap between studying at University and a career in digital marketing.

He then joined Atomic212° as SEO Director in mid-2018, before progressing to Head of SEO within the next 12 months. Since joining the company, key focuses have been on enhancing the SEO offering, developing an integrated multi-channel marketing product and expanding the firm’s commercial portfolio. Magnificent. 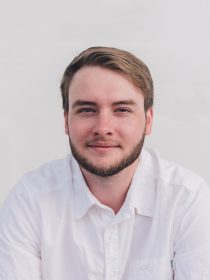 Cameron started his entrepreneurial journey by moving overseas at a young age. He found himself in Spain from 2015 where he worked on Superyachts to fund his UK venture “Now”, a dating app focused on real life interactions. He moved to London and raised $250k from angel investors, and boot strapped the startup to win the UK’s best dating app award in 2017.

Recognised by WeWork as an advocated entrepreneur in their co-working office in London. “Now”, was acquired by SCNG Corp in 2018. The same year he founded Appello, which services for clients globally, with more than 60 employees. The company was voted as top 5 leaders in software development Australia, and top 100 globally. He’s regularly keynoted in San Fransisco, New York, Sydney, Brisbane and London. 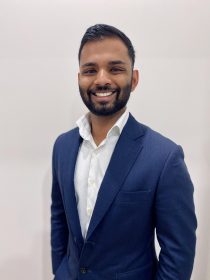 Dillen’s career began in a startup. From here, he dove into the Telstra Graduate program across three business areas focusing on Product and Technology Consulting. At age 24, he owned the deployment of a cloud management platform for an enterprise client (something that is usually led by someone with decades of experience).

Dillen joined Amobee as a Product Consultant three years ago – his first role in advertising. Within six weeks of learning the ropes, he was already pitching complex DMP architecture to new clients. This fast-paced trajectory led to his promotion into the role of Director of Solutions. In this role, he manages a cross-functional team of five senior technology individuals while setting the execution strategy for presales, product, analytics and operations. 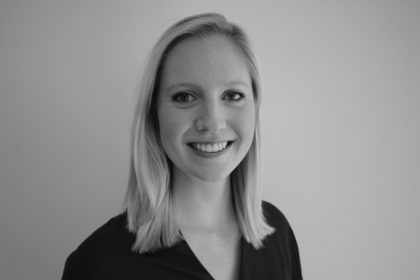 Born into the media industry, Hannah spent the first 2.5 years of her career working in the family’s publishing business, transitioning the publication from pure offline to hybrid offline/online.

At 24, she moved to Berlin to work in the mobile start up industry where she experienced the true depths of mobile advertising, sparking a passion for programmatic. Within a year, she grew her patch from small European advertisers to large multi-national clients such as Match.com, Lazada and Uber from markets including USA, Indonesia.

In her current role as Head of Programmatic Buying Unit for GroupM, she leads a division of 10 programmatic experts, running programmatic campaigns for the biggest clients across GroupM. 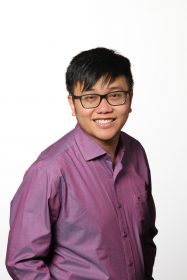 Born in Vietnam, he started programming at the age of six. At 12-years-old, he was recognised by Vietnam’s Guinness Record as the youngest person to have received a professional certification from Microsoft, gold medal and a software patent from the World Intellectual Property Organisation (a specialised agency of the United Nations), and for competing in over ten national and international Information and Communications Technology competitions.

In 2011, he moved to Melbourne as an international student to complete a Bachelor of Information Technology through a scholarship at La Trobe University. He was offered an Associate Lecturer position teaching Computer Intelligence, but some immigration issues led him to a career as a developer. From here, he worked his way up to become a solution architect at several agencies. Eventually, he became the Director of Engineering at CHEP and has helped with exponential department growth since he joined more than two years ago. 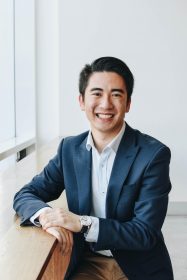 Leaving high school, Jeff was employed full-time as a UI/UX designer at Wax Interactive. At the same time, he was studying Commerce and IT at UNSW, where he was also the creative director of Business Information Technology Student Association.

Shortly after, he became the lead digital designer for projects in large multi-international conglomerates including; AMP Capital, News Corp AU, Jansen, Pfizer, Mundipharma, Amgen and Bayer. He also became the youngest individual to participate in DUPHAT conferences in Dubai and won Consensys’s International Blockchain Competition against other universities from Stanford by combining AI and UX.

In 2019, he became the senior creative technologist and senior project manager of over fifteen projects spanning APEC, leading creative and technology implementation with web-apps, mobile-apps, websites, VR/AR and new-found technologies. 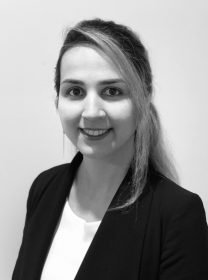 Ranked 300 among 500,000 applicants in national entrance exam, Mohadeseh studied a bachelors and masters in engineering in one of the best universities in Iran with first class honours. She pursued a data-science consulting career at Arya-Hamrah for 2.5 years where she built up experience in delivering and leading data-science projects for clients from different industries such as finance and telecommunications.

She then decided to advance her skills in Artificial Intelligent (AI) technology by doing a PhD at University of Melbourne. She finished in just 2.2 years (which was record-breaking at School of Computing at UoM), while she was also a researcher at CSIRO, lecturing at university. She became a mum at the same time.

She decided to join Mondo, a subsidiary of AusNet Services in energy industry in May 2018. She is currently a practice lead and manager at corporate level, leading the data-science function. Mohadeseh built a team of 7 data scientists and engineers and initiated data-science community of practice to upskill the existing talent across the business.

She is also an honorary fellow at UoM, have been featured speaker at several industry conferences and recipient of top 5 analytics leaders award by IAPA. 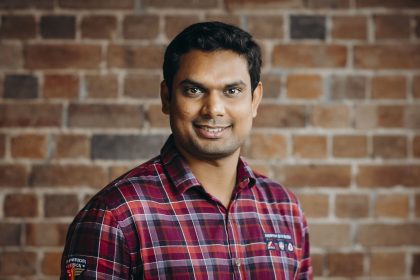 Naeem started his career with a smart metering company, the first of its kind in Pakistan. After that, he migrated to the online gaming industry. In 2016, he joined Sitecore as a support engineer consulting and supporting APAC Sitecore clients. He was a specialist in content management, performance, Azure and Search.

By end of 2017, he joined AKQA as senior software engineer and worked on massive e-commerce solutions for one of its biggest clients, and played a major role in delivering an end to end e-commerce site which involved payment integrations with CommBank, Paypal, ZipPay and SAP. Within a year, he was promoted to a Team Lead running a team of 9-10 people and working on other major clients such as NHP and Nestle Purina driving commerce solutions. He is also one of the youngest tech leads at AKQA. 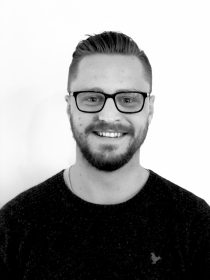 Tom started his career at All Response Media in the UK. During this time, he implemented an innovative and successful strategy for WWF to drive a record number of animal adoptions over Christmas 2014. After two years working in the UK, he took a leap of faith and moved to the other side of the world to focus on programmatic and media technology working for Accuen (Omnicom’s Trading Desk).

At Accuen, he identified an opportunity to improve the efficiency of the team’s daily reporting tasks. He progressed quickly to become the youngest Programmatic Lead across Australia managing a team of five programmatic traders and three assistants which was the largest activation team both in terms of staff and billings in OMD Melbourne.

In 2019, he was approached by Nunn Media to set up their internal programmatic trading offering. Since then he has established Nunn Media’s programmatic technology stack and expanded the programmatic team, while also training and mentoring the wider agency staff and our clients. Tom also frequently undertakes self-directed study courses with his latest course focusing on Data Science and Machine Learning. 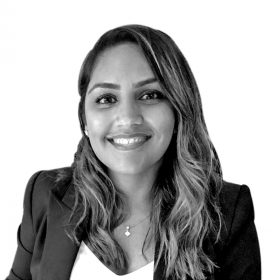 Vartika started her career as a Campaign Executive at Amnet, where she set up and managed programmatic campaigns through various demand side platforms (DSPs). From there she was headhunted to join Cadreon as the first Campaign Manager in Melbourne and after just one year in the role, was promoted to Programmatic Trading Lead. She helped build Cadreon’s entire Melbourne programmatic trading team from the ground up, mentoring and training colleagues to become programmatic experts.

In 2017 she was selected as a Yahoo7 Digital Star, winning a debate on the importance of tech in marketing and went on to win the People’s Choice Award and a trip to Advertising Week New York. Currently, she’s the Senior Sales Manager at Verizon Media where she builds custom data and platform solutions for agency partners using her combined trading experience and technical expertise to drive stellar results.

p.s B&T‘s 30 Under 30 Awards, presented by Vevo (our newest sponsor – hello and thank you for your support, legends!), will be taking place virtually on Thursday, 4 June 2020. You got that? Thursday, 4 June. There’s no big in-person party like usual this year and we’re going to have to content ourselves with virtual drinking games and remote flirting.

Thanks to all of our sponsors! 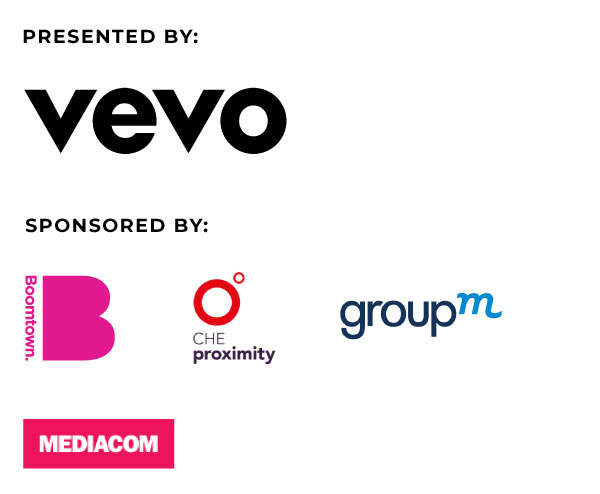