Innovation in the Australian media and marketing sector is alive and well, according to Deloitte’s 2019 Technology Fast 50 report.

The initiative takes a look at Australia’s up and coming technology businesses and has predicted the success of Australian companies like Afterpay and Koala in recent years.

It ranks Australia’s 50 fastest growing public or private technology companies, based on percentage revenue growth over the past three years 2017 to 2019.

While recruitment platform WithYouWithMe took out the number one spot with a whopping 13,361 per cent growth over the period, the Digital/Media sector performed relatively well.

Six companies in the final 50 were from the Digital/Media sector.

To put this in perspective, Fintech – which has been billed as one of the fastest-growing sectors in recent years – had only slightly more, with nine companies in the top 50. 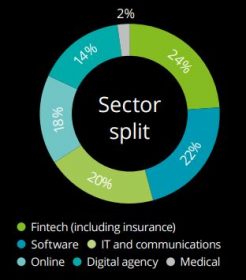 The six digital/media businesses were:

It is the second year in a row Vamp [feature image] has appeared in the Fast 50, after finishing in fourth spot on the 2018 list.

In the 2019 Rising Star category, which recognises companies that are less than three years old, social media and influencer marketing agency ZOOZ Group took out top spot, with 5,215 per cent growth.