Craig McLachlan has acted on his promise to file defamation proceedings against the ABC and Fairfax Media following their joint-investigation that alleged he sexually harassed several former colleagues.

Yesterday, both media organisations were served with papers by McLachlan’s legal team and a statement of claim was lodged in the New South Wales Supreme Court.

The news follows a report on B&T yesterday that cleared the 52-year-old of any impropriety while on the set of the ABC’s Doctor Blake Mysteries.

In a further twist, McLachlan is now claiming one of the women who claimed the actor had sexually harassed her, in fact, harassed him.

Most of the allegations against McLachlan stem from the 2014 stage production of The Rocky Horror Picture Show where McLachlan, who played the lead role, has been accused of inappropriate touching and exposing his genitals to female cast members. The claims are currently being investigated by Victorian Police. 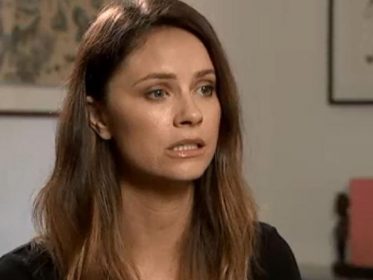 One of the actresses on the show, Christie Whelan Browne (pictured above), was one of three women who accused McLachlan when the allegations first aired.

However, in court documents seen by Seven News, McLachlan claims that it was Whelan Browne who sexually harassed him.

McLachlan’s claim apparently states Whelan Browne was “herself a notoriously foul-mouthed person who publicly distributed offensive matter and had expressed interest in deviant sexual practices”. McLachlan also alleges she “grabbed his boxers, joked about his penis size and gave him wedgies”.

The actor has employed a heavyweight legal team for his defamation, including high profile QC Stuart Littlemore and one of the country’s top defamation lawyers Mark O’Brien.