He may play second-fiddle to his far more glamourous partner, but Barbie’s boyfriend Ken has undergone a thoroughly modern makeover. 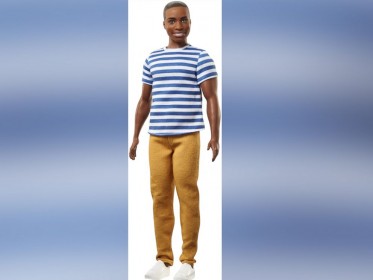 There are new cultural tweaks, too: An African-American Ken comes with cornrows, there’s a funky Asian Ken and another version of the figures even sports a hideous hipster man-bun.

The makeover is part of Mattel’s plans to make the dolls more diverse and appeal to modern day kids. Barbie got her plumper overhaul back in 2016.

Lisa McKnight, Barbie’s senior vice president and general manager, said of Ken’s transformation:y continuing to expand our product line, we are redefining what a Barbie or Ken doll looks like to this generation.

“Evolving Ken was a natural evolution for the brand and allows girls to further personalise the role they want him to play in Barbie’s world.”duct line, we are redefining what a Barbie or Ken doll looks like to this generation,” McKnight said.