In the age of disruption, brands need to do just that: disrupt. And if they don’t, they’re f*cked. At least that’s the view of Andy Lark chief marketing officer of software accounting company Xero.

“It’s not enough to adapt, you actually need to disrupt,” he said, speaking at digital disruption conference Daze of Disruption in Sydney this morning. 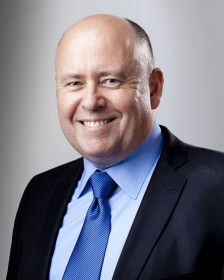 Talking bookstores, Lark outlined how they wanted to fit in, how the holders of the literary word tried rigorously to adapt to the changing market, and yet because there wasn’t the disruption element, many of them failed.

“Look at the bookstores as a whole in the US market, they struggled to adapt,” he said. “They worked really hard, the opened online stores, they were digital, they did delivery, and they were still fucked.

“All these people adapted, but fundamentally didn’t do something different.”

Looking at the causality behind it, Lark explained to the audience it comes from waves of disruption.

“About every 21 years business models have to transform,” he said. And yet, businesses don’t set out with a 21 year lifespan in mind, they want to live forever.

“I don’t think there are many businesses out there today that wake up and go ‘let’s put an expiry date on our business model’.

“Imagine if you were a major print or media organisation, and you’d set that time limit, you wouldn’t have landed in a big pile of shit. You would have actually said ‘right, we need to disrupt, right now we need to reinvent’.”

There’s a sense of complacency that exists in companies, said Lark.

“As organisations we are incredibly complacent and we don’t like change. And yet, what technology is doing is driving a systemic societal change that we struggle to recognise the grapple work.”