In one of the more bizarre advertising campaigns in recent memory, Lynx has posited the question: “why can’t guys shave whatever they want?”

The films inspire young men to have fun, be inquisitive, explore the sensory experience of body hair removal and express their individuality — all with a healthy dose of humour.

The films are narrated by the affable and softly spoken host, Matthew, who offers advice on how best to shave different male body parts, all delivered in a soothing ASMR tone.

Those different body parts represented are ‘legs’, ‘chest’, and — you guessed it — ‘balls’. 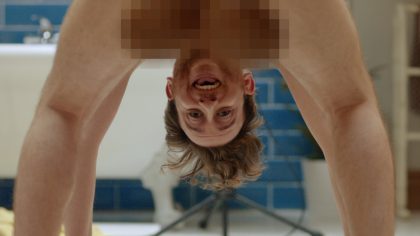 Unilever global brand director Caroline Gregory said: “Axe wants to inspire shave curious guys with our shower & shave foam, to have fun, explore and ultimately push boundaries when it comes to liberating guys to be themselves.

“That’s why when 72andSunny Amsterdam came up with this series we knew we were on to something great.

“We’re looking forward to sharing this with the world and hope audiences have as much fun watching these films as we did making them”.

72andSunny Amsterdam creative director Gregg Clampffer added: “I have never shaved anything but my face.

“Maybe my feet once, but I didn’t tell anyone about that.

“I think this campaign from Chris Baur and Rachel Sato-Banks shows that guys today don’t have to be buff, or swim, or bike or have an excuse to shave themselves.