Sure, women may be sick of hearing about Kim Kardashian’s selfies, but turns out businesses can actually learn something from them in connecting with the younger generation. This opinion piece from James Campanini, APAC vice president of BlueJeans Network, argues how.

It’s no coincidence Kim Kardashian’s meteoric rise in popular culture spawned in the same year the word ‘selfie’ was added to the Oxford Dictionary, after the frequency of its usage increased by 17,000 per cent in 2013.

The selfie has evolved from a simple, one-handed self-portrait picture in to live video streams, with hundreds of photo and short five-second Facebook ‘moments’. 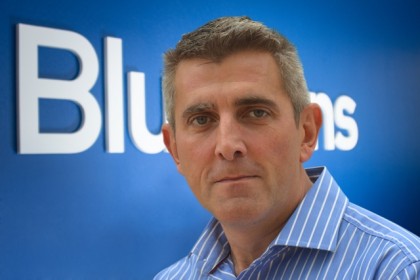 Facebook hits around 10 billion video views per day. In a few short years, it has turned the tables on YouTube, which has created a ripple effect that impacts every type of business.

Global research conducted by BlueJeans revealed that businesses are at risk of alienating their next generation of tech-savvy employees if they do not change their approach to new ‘live’ technologies.

Although 85 per cent of employees use video as part of their everyday lives, only 28 per cent say their employers are proactively encouraging them to use video at work to communicate. The majority (72 per cent) feel that live video has the power to transform the way they communicate at work and 69 per cent believe that increased use of video conversations would help employee retention at all levels within the organisation.

The research, conducted amongst 4,000 employees across the U.S., UK, Germany and France also found that only one in seven employers were considered good at providing communications tools at work that mirror what employees use at home.

Considering communication is the central pillar of strength in any successful media agency, businesses must recognise live video as a key channel of communication between employees and clients.

The findings show that there is a genuine appetite for live video, which is only set to increase over time. Employees see it as part of their daily, personal lives but do not seem to be actively encouraged to use live video in the workplace, despite the obvious benefits available to organizations.

The “selfie generation” have already integrated video into their daily lives and if businesses don’t recognise it as a key channel of communication, it risks not only leaving potential business on the table, but also losing out on the top talent that will fuel the workplace of the future.