A spoof “clean eating” campaign by KFC has backfired as fans of the fast-food chain apparently mistook the prank as real.

The social media campaign was launched in the UK and Ireland and advertised a new burger apparently made from “chia-seeded cauliflower bun, unsweetened almond yoghurt, ice cube relish, spiralized chicken breast and 100 per cent British kale”. 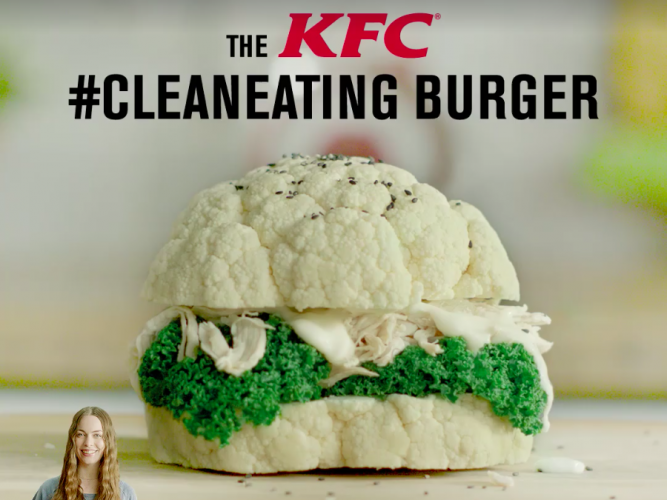 The new burger was created in collaboration with “Figgy Poppleton-Rice” – an apparent dig at clean-eating, clean living food bloggers.

However, it’s since been revealed that the hideous looking new menu item was merely a prank stunt designed to poke fun at the clean-living lifestyle and actually promote a new burger – the all the more delicious sounding Dirty Lousiana. 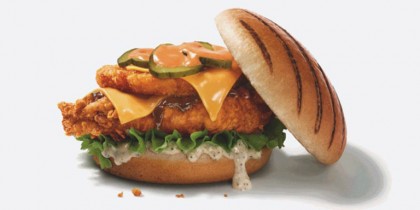 In a statement to media, KFC said the prank stunt was based on “consumer fatigue” around clean eating. “Let’s get real — no one is craving a quinoa salad, lusting over a kale and celery juice, going weak at the knees for chia seeds or daydreaming about raw veg crudités,” the statement read.

But it appears the stunt did manage to rope a few KFC fans in who were none to happy about a “chia-seeded cauliflower bun”. Many taking to social media to vent their rage: “How could you betray us like this?” wrote one angry customer. Another said: “I’ve honestly never been so ashamed of you”. While another vented: “Healthy eating scheme from KFC? Life’s full of enough disappointments.” While others simply thought it was a bad April Fool’s joke come early.