Have you ever eaten a KFC Zinger burger or a bucket of the Colonel’s Original Recipe and secretly mused that the greasy bird would make a damn comfortable pair of shoes?

Well, you’re in luck, because someone in adland has had a very similar thought and combined the Colonel’s 11 secret herbs and spices with the world’s ugliest pair of shoes – the Croc!

Called the “Kentucky Fried Chicken X Crocs Bucket Clog”, the limited-edition, fried chicken-inspired Crocs, developed by legendary agency Wieden+Kennedy Portland, made their debut on Tuesday night at New York Fashion Week and were modelled by Korean artist Me Love Me a Lot (aka MLMA). 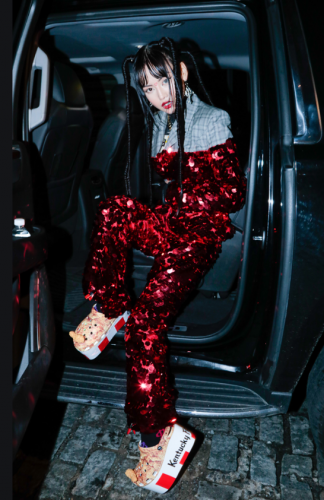 The rather hideous looking footwear comes complete with KFC bucket stripes, images of fried chicken, and chicken-scented Jibbitz drumstick charms. The charms, despite smelling like chicken, are not edible. And, yes, you too can own a pair. They’re $US60 via Crocs.com.

The shoes also come with their own trippy TVC, again starring MLMA. Check it out below:

KFC’s US CMO Andrea Zahumensky explains the madness thus: “Combining the unmistakable look of our world-famous fried chicken and signature KFC bucket, with the unparalleled comfort and style of Crocs, these shoes are what fried chicken footwear dreams are made of.”

“We’re honoured to feature this fashion-forward style between two iconic American brands at one of New York’s biggest weeks in fashion that promises to surprise and delight consumers around the globe.”