Last month fashionistas decried her cover appearance on the super-prestigious September edition of the US magazine calling it a “joke” and “the last person on earth” who deserved it. Read the rage here.

And now Ms Jenner’s latest shoot for Spanish Vogue has been slammed after the ballerina-themed shoot caught the eye of ballerinas who’ve got their respective tutus in a twist over the 20 year old’s dancing ability (or total lack thereof.)

The shoot also included video footage which you can check out here.

The shoot has been slammed for not only the model’s ability to perform basic moves but the choice of clothes, too. While many asked why actual ballerinas weren’t used if that was the look the magazine was attempting to purvey. 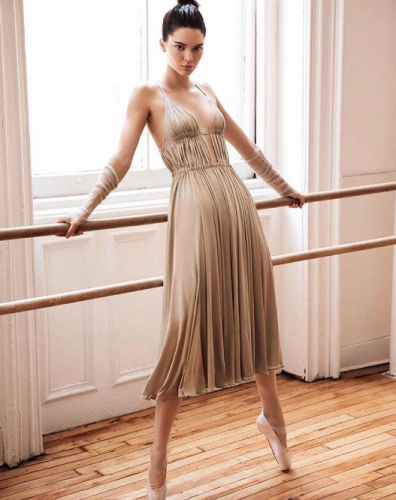 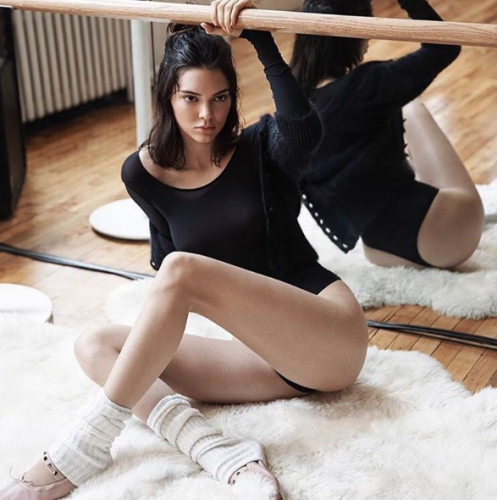 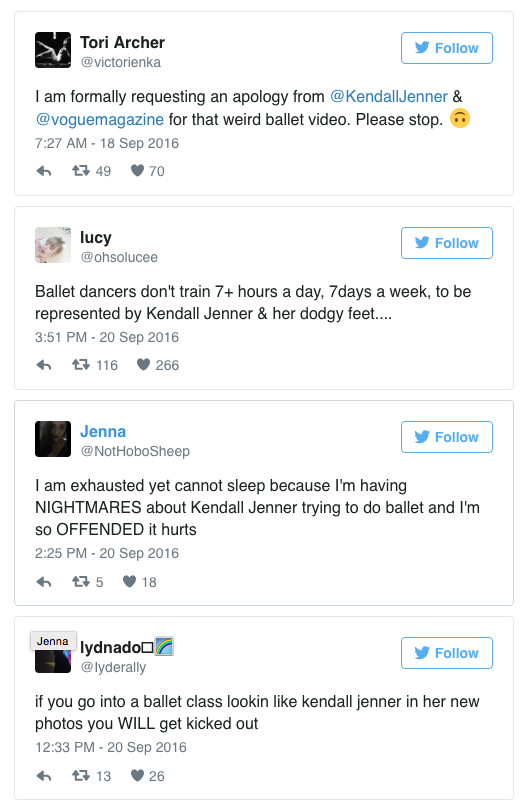 Leading dance magazine Dance Spirit called the shoot “facepalm-y” and added, “To our eyes, the whole thing reads as pretty disrespectful to the artists who devote their lives to this demanding craft.”

While reality show Dance Moms star Abby Lee Miller also slammed the shoot for not using real dancers and attacked Kendall’s parents for never taking her to dance lessons as a child. “There are so many amazing dancers in the world… Kendall Jenner is not one of them! Shame on Homager, Kriss Jenner!!! She never made these kids take dance class,” she fumed.