Advertise with us
Posted 5 September, 2018

To give you a bit of background, Kaepernick was formerly the quarterback of the San Francisco 49ers NFL team until he opted out of his contract in 2017 and became a free agent.

However, what he is perhaps most known for is taking a knee during the US national anthem before a game in 2016 to protest of racial injustice and police brutality – an action which was later outlawed by NFL team owners thanks to the influence of President Donald Trump. 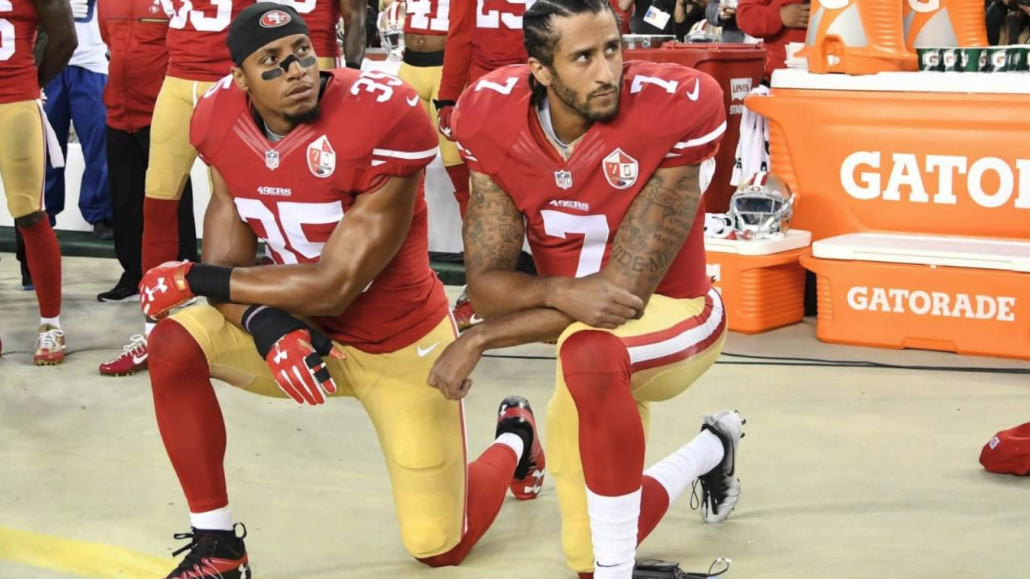 Just days out from the start of the 2018-19 season, Kaepernick posted an ad for Nike on his social media accounts on Tuesday morning.

Believe in something, even if it means sacrificing everything. #JustDoIt pic.twitter.com/SRWkMIDdaO

However, Kaepernick’s involvement in the campaign also managed to hit a nerve with many Nike customers, with #JustBurnIt and #NikeBoycott trending on Twitter, and photos and videos emerging of Nike products being destroyed and abandoned.

Our Soundman just cut the Nike swoosh off his socks. Former marine. Get ready @Nike multiply that by the millions. pic.twitter.com/h8kj6RXe7j

.@Nike Due to your support of C.K. in your coming adds, I as an American can no longer support your company. #boycottNike #IStandForOurFlag pic.twitter.com/5JxSMD8SSO

Hey #Nike . I don’t wear politics or anything related to #ColinKaepernick I no longer buy 5 to 6 pairs per year of Air Monarch Black size 9 anymore either. Just do it? I did. I set my bunions free. #RemovetheSwoosh pic.twitter.com/68UuGMmIaD

However, this doofus probably regrets wearing his Nike kicks while setting them alight:

My name is #Mustard and I stand for the #flag and to honer @bigandrich and their Soundman & the Prresident I am going to burn my #Nike shoes!!!!!!!!! pic.twitter.com/MLv6uwGLsv

i am in the hospital pic.twitter.com/b9JmlE77EQ

Nike shares took a bit of a tumble following its campaign launch, down more than three per cent in New York trading on Tuesday.

Especially proud to be a part of the Nike family today. #justdoit pic.twitter.com/GAZtkAIwbk

It’s only a crazy dream until you do it. #JustDoIt #AgainstAllOdds pic.twitter.com/6bYBaofQhw

It’s only a crazy dream until you do it.  #justdoit pic.twitter.com/WXEOkMRLNF

“We embrace the role and responsibility of everyone involved with this game to promote meaningful, positive change in our communities. The social justice issues that Colin and other professional athletes have raised deserve our attention and action.”

Nike declined to comment on whether it consulted with the NFL about using Kaepernick in its campaign.

“Nike has a long-standing relationship with the NFL and works extensively with the league on all campaigns that use current NFL players and its marks,” the company said in a statement.

“Colin isn’t currently employed by an NFL team and has no contractual obligation to the NFL.”