Retailers who are solely online may start to struggle as digital marketing costs increase and they’re forced to fight off rejuvenated bricks and mortar stores. 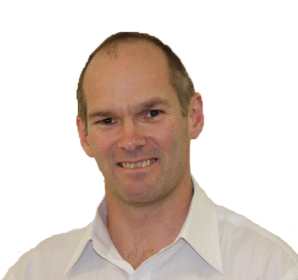 Arnott said for all this talk of online knocking over traditional stores it’s really never accounted for more than seven or eight per cent of all retail sales in Australia.

At its zenith – around 2010 – online was knocking over stores not because it was necessarily better but because the actual products themselves had become digitised, Arnott argued.

“What we saw was the actual products themselves get digitised,” he said. “Things like books, movies, music; customers no longer wanted the physical form. I think a lot of people confused book stores and music stores closing with the death of retail.

“All the proof is that people still want to shop in-store and I don’t think online will be the big doomsday machine that many people predicted.

“Where online has worked is playing in the space where the big guys don’t. But stores like Harvey Norman, Myer, David Jones they’ve invested heavily in online and they’ve won back their market share and made it tougher for pure play retailers. I think the window of opportunity online did have is closing to a degree,” Arnott said.

“What the successful retailers have done has created fantastic omnichannel offerings. Plus, having a bricks and mortar chain really helps you establish trust in a brand. It’s much harder to build a brand online than it is when you’ve got a store network.

“The major brands have the advantage of bigger advertising budgets, more natural traffic heading their way without them having to pay for it. By simply being a big established brand more people will come looking for it.

“I think those smaller online stores, they’re almost the equivalent of the corner store, they’re the ones that will struggle into the future,” he said.

And the future of retail? Arnott believed Uber, albeit a taxi service, would become retail’s benchmark too. We’ll all be shopping by mobile, seamless, cashless, customer-centric, geo targeted and you get a receipt the next day.

“No, it’s not the end of online retail,” Arnott concluded, “but you’re going to have trouble if you don’t have the right model, the right supply chain. Online can’t go up against the majors, they’ll never compete on products and their huge advertising budgets,” he said.

Click Frenzy is a 24-hour online shopping frenzy featuring over 350 major Australian retailers. It starts 7pm next Tuesday 17 of November 2015.