Advertise with us
Posted 1 February, 2019


In this opinion piece, Facebook marketing manager & longest-serving Australian employee Evelyn Bishop (pictured below) looks back on her experiences over the last eventful decade, as Facebook celebrates its 15th birthday. 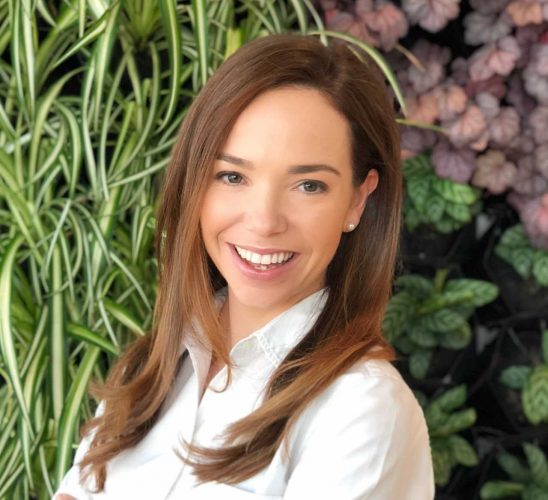 My job at Facebook was the first proper job I applied for in the workforce coming out of university, but I soon realised it wasn’t normal for companies to have a seven-stage interview process.

At the time, the team consisted of two people sent from California to get things off the ground, and the role was as executive assistant the country manager, Paul Borrud.

My interviews were with people from all over the world, with the final round a video call with Mark Zuckerberg’s then assistant.

Throughout the process, what struck me was how passionate everyone I spoke to was about the company and their jobs, and hearing this enthusiasm at every stage made me realise they hired on attitude as much as ability.

While I knew it was a great opportunity, I had no idea of just how the company would grow, or the opportunities it would open up for me.

I was asked to conduct one of the interview rounds for the appointment of our ANZ managing director in 2013.

It was revealing how some of the candidates reacted to being interviewed by an executive assistant.

But the incredibly flat structure we operate in means everyone has to be able to roll up their sleeves and get on with it.

If you can’t fit in with that environment you won’t last long.

How many people can say they have been asked to help pick their own boss?

When I started, there were fewer than 1,000 employees worldwide, with four in the Sydney office.

The last person out in the evening had to lock the sliding door behind them, and we had to go to Ikea to buy our office furniture and then build our own desks.

Things have moved on a little since then.

Before the launch of Workplace by Facebook, we used our personal profiles for work.

We got to know our colleagues on a much more personal level.

Even though we no longer do that, that level of intimacy and sharing has carried through the culture of the company and is part of what has helped the team overcome some of the adversity we have faced in the last couple of years.

I’ll admit I had quite a lot of imposter syndrome when I started, and have had occasionally since.

But the company really focuses on helping people use the skills they are most passionate about and develop into areas which interest them.

That’s how I ended up transitioning to the marketing team, despite the fact I had no real marketing experience at that time.

The fact my bosses were willing to back me and help me grow is something I think is unique about what happens here.

They believed in me to learn what I needed to do on the job and supported me when I subsequently undertook a Masters degree in marketing, giving me time off to study when I needed it.

I now oversee vertical marketing, building the go-to-market strategies for communicating our messages for our focus industries.

One of the best things about Facebook is that they invest in growing people. It makes me believe there are endless opportunities in the company.

A couple of years ago I had my first child, I was quite daunted by the prospect of returning to work.

When I came back I was amazed at how much support I was offered from senior people across the company – both men and women.

There is a strong focus internally on men being allies to their female co-workers.

I’ve seen people in meetings actively called out for talking over a female colleague.

That’s not something you’d see in many companies.

I’ve been lucky enough to work in several Facebook offices around the world, and while there are common themes, the Australian office culture is truly unique, which is a testament to the way everyone pulls together.

The way the company has developed in the last ten years is beyond my wildest dreams – if you’d have told me when I started we’d have things like Whatsapp, Messenger and Oculus in the family I wouldn’t have believed you.

But that constant development makes it a really dynamic place to work, and the ability to work across all these different areas and technology I know motivates a lot of our people.

If I’m asked whether I will still be at Facebook in 10 years time, I’d say I really do hope so.