In this guest post, Erin Tierney (pictured below), a community consultant at Quiip, says using influencers for your brand shouldn’t be a short-term campaign element, but rather a long-term investment…

Influencers. The topic creates a polar divide amongst the marketing profession, yet influencers have risen as an advertising method-of-choice, generally providing pretty pictures on social platforms in the hope that they inspire others to change their behaviour or purchase a product. But what are your options for a campaign and how do you get it right? 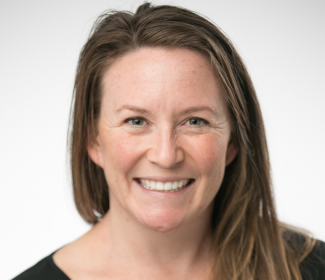 The Australian Government’s ‘Girls Make Your Move’ campaign a little while back found itself in the spotlight after it reportedly spent over $600,000 alone on Instagram influencers. Yet as with any above-the-line activity, it comes at a cost. Some argued that it was money effectively spent and targeted, whilst others argued that the talent had been poorly picked.

Without knowing the impact or results of the campaign, it’s hard to effectively examine. But it does raise many of the issues an agency needs to consider when embarking on an influencer campaign.

Given the potentially high cost of entry into this space, it is understandable that many organisations tend to shy away from interacting with influencers, or super-users. However  by leaning in and nurturing your own community, you will find individuals with immense community influence that will be enthusiastic to work with your organisation.

Micro-influencers – those who are within the community that you are targeting or are within your own community – are a resource that you should consider, not only from a cost scenario but also because they already have a vested interest and an immense amount of passion for your mission or product, which provides a sense of trustworthiness to the wider community. These influencers are your true super-users and, while they may not have large followings, they are relatable, have great standing within the community, bring deeper conversation and most likely, exert more influence on the community.

One of the most recent campaigns that has successfully built a community of super-users is VicHealth’s This Girl Can – Victoria campaign (disclosure: is a Quiip client). We know that there is no shortage of female sports stars in this country, however, by putting out the call for regular Victorian women to be the face of the campaign (following the success of the This Girl Can campaign in the UK) and act as ambassadors, VicHealth ensured that the target audience of everyday women had relatable role models. The community around the campaign didn’t spring up overnight, prior to the campaign launch, This Girl Can – Victoria was building a female army of super-users by engaging and encouraging women on their sports-themed posts.

This resulted in an incredible amount of super-users following the #ThisGirlCanVIC hashtag, commenting on posts and themselves becoming another level of the campaign.

One of the top micro-influencers in the Australian running scene, Jess from The Long Weigh Down with Jess, has been quite active within the This Girl Can – Victoria community. Jess has broken the Instagram barrier and shared her fitness story with the world, by sharing her vulnerability. Jess instantly found fans with her relatability and truthfulness, and has led to some partnerships with Australia’s leading running brands like Carman’s Women’s Fun Run, Run Down Under and Fisiocrem.

With time investment, you too can create influencers within your community, however, it’s important not to force the process.

Within any community you’ll naturally get leaders. The leaders are your influencers in your community, the ones who your members use as a beacon and who you should include in any outreach plan that you have. It also demonstrates to your community that you are invested in them, so it will help strengthen positive behaviour interactions within your community and your organisation, and will provide content that will experience high-engagement.

It’s worth mentioning that you shouldn’t put the call out for influencers. Do your research and find worthy participation. Those who put their hand up won’t always be the best fit. Looking outside the box at your detractors may be a great plan if you’re looking to break into different markets.  This method worked exceptionally well for ebook company Kobo when eReaders came onto the market. eReading companies targeted traditional book and family influencers with a challenge to read digitally for 7 days. These people were already creating discussion about the ideal activity (reading), but were offered an alternative to try and change behaviour (digital reading), resulting in 7 out of 10 influencers actually enjoying the experience and adding digital reading to their existing reading cycle, and with it, provided great influence to their own communities. This helped the eReading company in positioning its product as a natural extension to traditional reading, not a book crusher like what was feared.

Influencers shouldn’t be considered as a short-term campaign element, but rather a long-term investment in community. By understanding your community’s needs, and providing them with relevant and relatable leaders, you will reap the benefits of brand sentiment and loyalty success.