It’s fair to say we’re living bigger lifestyles than ever before. The ‘lifestyle category’ takes in more activities now than it ever has. Travel is one example. Health and fitness is another. What not so long ago were relatively niche pursuits have become prominent features of the mainstream lifestyle. It’s time the media industry’s approach to channels caught up. If our lifestyles are becoming more unlimited and diverse, why don’t channel strategies more often reflect that? 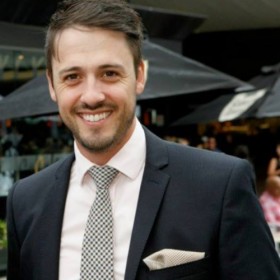 Place-based media channels, like airports, gyms and doctors waiting rooms are great examples of media channels that are increasingly finding a new role as our modern lifestyle expands. Pigeonholing an audience based solely on their location is, in my opinion, a short-sighted view of how modern people live their lives. Just because you’re in an airport, doesn’t mean you spend all your time flying about shopping for cars and watches. And just because you’re sick and sitting in a doctor’s waiting room, it doesn’t mean you stop being a normal person.

A quick look at the health media sector sheds some light on how things have changed. Simple knowledge around nutrition, mental health and exercise has empowered us to take charge of our lives in new ways. So when we do end up in a doctor’s waiting room, we bring an elevated discourse to that environment. Health and wellbeing are much less abstract concepts than they used to be, and health media as a channel is starting to naturally grow beyond its traditional niche. In short, the meaning of the doctor’s surgery has expanded, and it’s opened the door for clever brands to start deeper, more meaningful conversations.

According to Nielsen, Out-of-home media spend in Australia topped $679 million in 2015, up 2.4 per cent YoY. Within that, there’s a whopping 39 per cent , or $265 million worth of out-of-home spend that arguably fits into the broader lifestyle category – that is retail; entertainment & leisure; and travel & accommodation. I’ll also note that digital spend over the same period was up 25 per cent YoY to $6 billion. The point is there’s a truth about audience fragmentation that we can’t get away from. Both digital and out-of-home are growing because pinning down an audience is increasingly tough. But where digital gives you enhanced metrics on anonymous individuals, out-of-home, particularly place-based, gives you something that’s hard to find – a solid audience in a recognisable context.

So as more contexts become recognisable and day-to-day, it’s very arguable that media spend should follow.

Looking at the recent campaigns that have run on other place-based networks underscores my point. APN’s airport inventory has run campaigns for Network 10’s Masterchef, NRMA Insurance, Vodafone and Edith Cowan University – not just airlines, jewellery and credit cards. Ooh’s Gym network has been used by the Commonwealth Bank and Virgin Airways – not just workout supplements and fashionable exercise gear labels. And in my own backyard, Tonic is increasingly running campaigns from clients in the travel, insurance and FMCG sectors. All of these examples fall outside what could be defined as these mediums’ traditional, location focussed remit.

It’s customary at this point for me to talk about how fast things are changing in the media industry. And how the breakneck pace will leave the slow and unwilling to wither and vanish, but there’s a bigger point at play. Audiences do still exist outside of their digital worlds, and they’ve grown savvy about what they want from their lifestyles. An increasingly diffuse audience affords opportunities to think laterally with channels – and that’s something we’re not seeing enough of from media planners.