A study by men’s magazine GQ has thrown up some surprising and worrying views of what it’s like to be a man in 2018. You can read the study results in full here.

Admittedly, done by the British edition of the title, it found that a rather worrying 15 per cent of 25-34-year-old males didn’t think “upskirting” (taking a surreptitious photo up a female colleague’s skirt) constituted workplace sexual harassment. 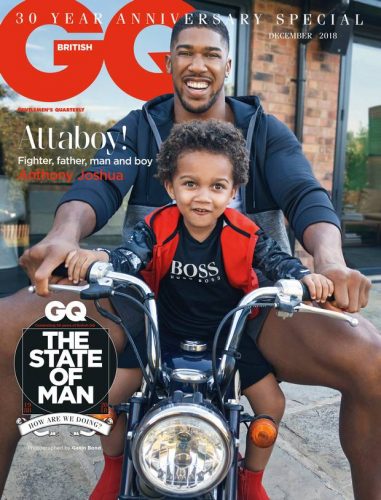 The study, titled State Of Man, was based on the opinions of over a 1000 of the magazine’s readers and noted, “It means that three out every 20 men you currently work with believe it is not sexual harassment to do something that parliament is currently proposing carry a two-year prison sentence and would see those convicted placed on the sex offenders’ register.”

In light of movements such as #MeToo, the study’s researchers found that, for modern males, “never has more been expected of us, never has there been more to worry about and never have there been so many awful men to apologise for. It’s sometimes felt that being a man over the past two years was simply to be on a non-stop walking apology tour for other men.”

As well as the upskirting results, the GQ survey also found that 55 per cent of men over the age of 55 did not think that wolf-whistling at a female colleague constitutes workplace sexual harassment.

That said, men increasingly fear being wrongly accused of workplace harassment. Some 36 per cent of respondents aged 16-24 worried about it, while it was a concern for 28 per cent of men aged 45-54.

Some 11 per cent of men aged 25-34 admitted they’d changed their behaviour in light of #MeToo.

The report also revealed a modern take on what modern masculinity looks like these days. “Being present as a father” was the statement most associated with being a male in 2018.

Meanwhile, only 14 per cent said being the household’s main breadwinner was the most important indicator of masculinity. A further 70 per cent of men aged 25 to 34 think that telling a man to “man up” is outdated, tired and unhelpful.

Almost a third – some 32 per cent – agreed that masculinity was in crisis, while almost the same amount – 35 per cent – disagreed that there was any problem. Or, as the report noted: “[Men] know the rules aren’t what they were, but the new rules have not yet been set.”

A worrying trend from the report showed that almost a quarter of 25- to 44-year-olds had thought about taking their own lives in the past year. That rises to a third of men who identify as LGBTQI+. Some six per cent of 25-34-year-olds admitted that they had made a suicide attempt in the past 12 months.

According to the results, men increasingly have a negative view of social media. Some 40 per cent of male respondents aged 35-44 agreed that social media had a detrimental impact on their lives.

GQ editor Dylan Jones said of the study: “As GQ enters its 30th year, it felt timely and necessary to share the results of an external YouGov survey we conducted in the UK called The State of Man.

“And, it seems, it is timely – because rarely has there been a more confusing time to be a man. In the past year masculinity has been radically shifted, acutely tested, very publicly, and rightfully so.

“As the leading and longest standing men’s publication we felt the need to find out, to openly be part of the conversation and more importantly listen. The Me Too movement has dominated Hollywood, fashion, tech and political arenas but we wanted to focus on the everyday man – because being at the table to discuss across all areas of society is how we will drive radical change now and into the future.”

“While it’s great to have men support the Me Too movement, understand consent, and respect boundaries, we shouldn’t be applauding them just yet.

“This kind of data can be a powerful tool for wider change, if men everywhere take personal responsibility for a more progressive culture. Having open conversations can and will drive meaningful behavioural change.

“Journalism has and always will play a role in creating the conversation, and this room is filled with contributors to GQ on this topic and many of the topics highlighted in this survey.

“Together we are committed to reframing modern masculinity and the State of Man by continuing to hold these conversations,” he said.