Over in France Playstation is giving consumers the chance to ‘hack’ a Playstation 4 ad with their smartphone.

In anticipation of the launch of the new game ‘Watch Dogs’ Sony Computer Entertainment and Ubisoft Sony have teamed up with Mindshare, Clear Channel France and Biborg (online display advertising company) to deliver a digital outdoor campaign for launch.

Using the tagline of ‘hacking is our weapon’ the Playstation 4 ad is broadcast all day on a Clear Channel screen.

Users can come up and scan the QR code within the screen which enables them to take control of the ad and essentially ‘hack’ it.
[youtube http://www.youtube.com/watch?v=DmXNlWXkrLc]
Each ‘hack’ pulls the user into a chance to win a Playstation 4, the Watch Dogs video game and other prizes.

“We are delighted to have been able to associate our two main video game clients around this campaign,” Bruno Luriot, business director and co-founder of Biborg, said.

“We wanted to create a surprising and immersive user experience, directly inspired by the universe of the ‘Watch Dogs’ game and it is a very good example of our strong will to bring interactivity in Digital Out Of Home campaigns.” 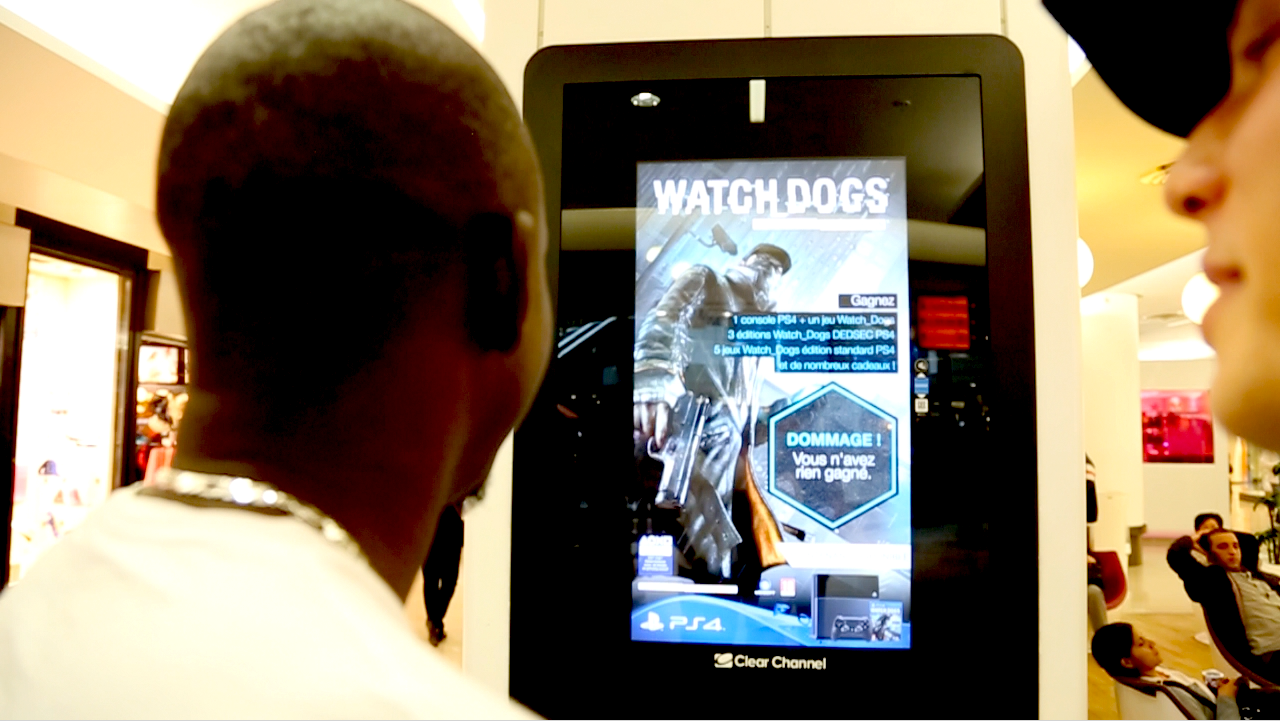 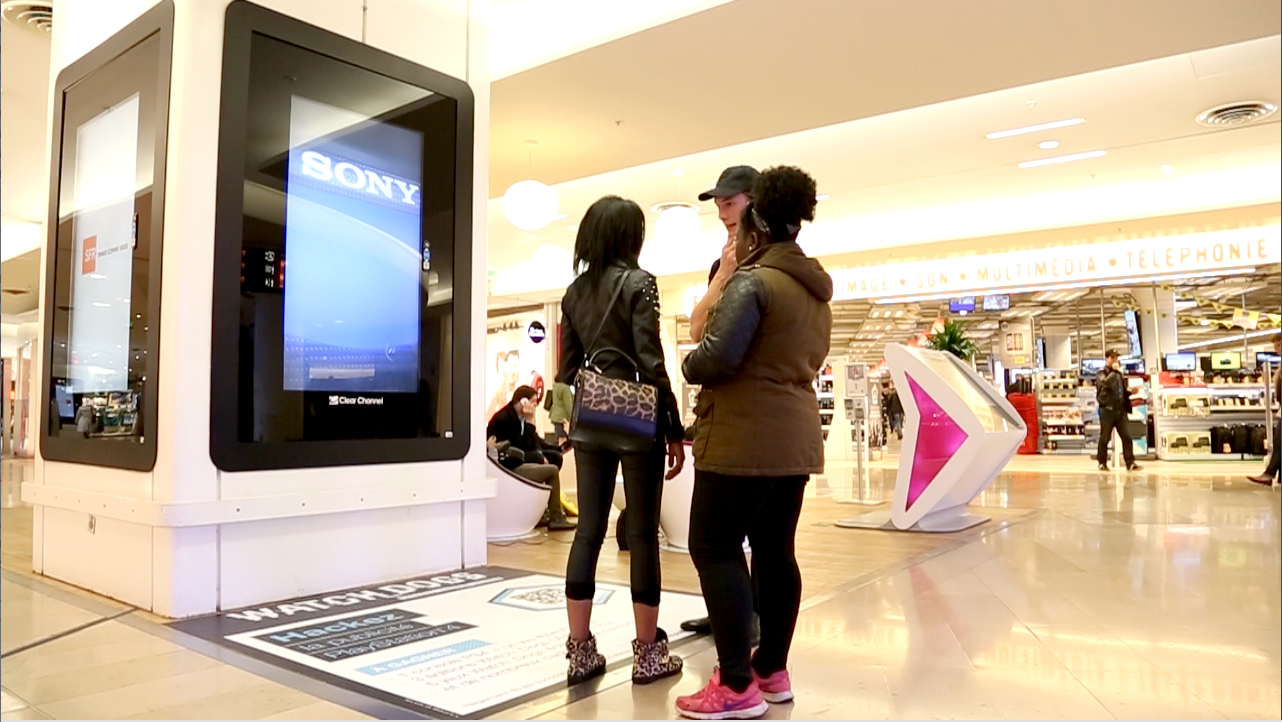 Just last week a PR stunt in Sydney for the game went awry when a bomb squad was called to the Ninemsn office.