If Coca-Cola can get back to basics when it comes to handling data, the rest of us should be able to drop the bullshit and do the same, writes Ben Willee (pictured below), general manager and media director of full-service agency Spinach. 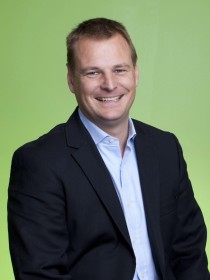 If you haven’t ditched it from your marketing vocab already, it’s time to get rid of the term ‘big data’. WTF does big data even mean? The idea that data has to be big, that it has to involve complicated data mining and algorithms is just complete bollocks. There’s really no such thing as big data – only relevant data.

Sitting through the presentations at ADMA’s Data Day, it occurred to me that many people are so caught up in the bullshit around data – they’re missing the point. So much of this is thought to be the responsibility of boffins in the corner, but Coca-Cola’s Justin de Graaf nailed it when he said he’s not doing anything that revolutionary – he’s just doing the basics really well. And the ‘brilliant basics’, as he called them, boil down to teams that work together to manage all parts of a touch point. He gave the example of data dictating a brief for Coke’s in-house creative team. He said: “Once we gave them that brief, we earned the keys to their heart, because creative teams get crappy briefs a lot. They actually talked about how the brief helped inspire them to build creative and to help generate content.”

It is, as Justin said, pretty basic stuff, but a lot of agencies out there are struggling to get these fundamentals right, especially when the task at hand calls for cross-agency collaboration.

It’s not that they don’t want to collaborate or that there’s a turf war – it’s because they can’t collaborate. Most media agencies don’t know how production schedules work, so they make arbitrary sweeping statements about creative impact and how to change it. On the flipside, most creative agencies haven’t been properly briefed on the role of each channel, let alone the different elements within it. As our marketing becomes more data-driven, this disconnect is a massive problem, especially when you consider Coke’s de Graaf and his point that to do data well, you need to reduce labour intensity. You’ve got to be quick to market, you’ve got to derive your learnings fast and be prepared to steer the ship in different directions. It’s really bloody hard to reduce that labour intensity if your teams, or agencies, aren’t good at collaboration.

Within this siloed model, people are often working with data from a sectarian point of view and they’re never going to get the best results doing it that way. They might be spending a lot of money to execute really sophisticated tools, but arguably they’re only unlocking one-third of the value of those tools.

The basic fact of the matter is that data isn’t about having a black box and pushing a couple of buttons. You’ve got to have a hypothesis to start with. And that hypothesis has to be driven by experience in category – knowing what does and doesn’t work in advertising. But if you don’t know where the gold nuggets are to go looking in the first place, you’re wasting your time. Experienced collaborators will identify and get to those problems more quickly and can use the data to get a better result.

To marketers out there, I say this: if your agency can’t tell you how they manage data in a straightforward way, they’re shit-talkers. If they don’t have an approach to using the data to improve more than just their patch, they’re caught up in big data BS, and you know how I feel about that.