Lingerie brand Victoria’s Secret is known for its stick-thin supermodels, parading barely-there underwear that is just about as far removed from what the average woman would wear.

Victoria’s Secret has historically marketed to a very specific sort of customer, one that is certainly not plus-size or transgender, which has earned the brand plenty of backlash over the years.

And, in an interview with Vogue last year, Victoria’s Secret then CMO Ed Razek said it would be staying that way.

“No one has any interest” in looking at plus-sized models, Razek told the magazine last November, adding they “still don’t”.

He said: “It’s like, why doesn’t your show do this? Shouldn’t you have transsexuals in the show? No. No, I don’t think we should. Well, why not? Because the show is a fantasy.”

Then in March this year, its parent company L Brands’ shareholders wrote a letter to CEO Les Wexner, urging him to update the brand’s image and change out its mostly male board. Razek’s exclusive views were also singled out in the letter.

“In our view, Mr. Razek has done a poor job of stewarding Victoria’s Secret’s brand by failing to communicate a compelling, up-to-date image that resonates with today’s consumers,” Barington Group CEO James A. Mitarotonda wrote.

He added: “While we recognise that Victoria’s Secret cannot be all things to all people, we believe that the Company should be delivering a more inclusive marketing message that promotes a more expansive view of beauty.”

Razek quit his post in August and, all of a sudden, it appears the brand has had a change of heart.

Victoria’s Secret recently unveiled its first “plus-size” model, the first to grace its stores in its 42-year history. 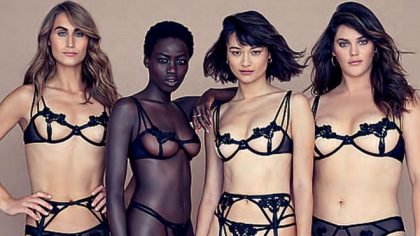 The brand’s campaign, which is in collaboration with British lingerie brand Bluebella, features body positive campaigner Ali Tate Cutler alongside transgender model May Simón Lifschitz, which is certainly a far cry from Razek’s comments last year.

So, is this a turning point for the brand? Will consumers finally see women of all body types represented in stores and across the catwalk?

Perhaps not quite yet, as the models used in the #loveyourself campaign are employed by Bluebella and not Victoria’s Secret.

Not to mention another recent campaign by Victoria’s secret featuring plus-size model Solange Van Doorn was also a collaboration with LA fashion brand For Love & Lemons.

While Victoria’s Secret’s sister brand Pink used its first transgender model this year, the larger brand hasn’t fully committed to representing women of all types, but it certainly needs to if it wants to address its plummeting sales. 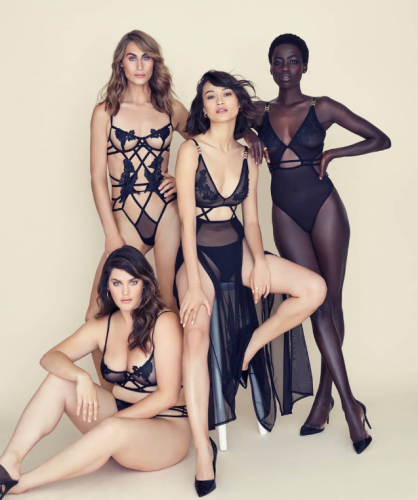 An image from the #loveyourself campaign

Victoria’s Secret’s new CEO John Mehas admitted at a recent investor day the brand does need to evolve, as its lack of marketing direction has affected the lingerie brand’s sales.

Though last year its revenue hit an eye-watering $7.3 billion, its store sales have been heading south for some time.

And between 2016 and 2018, its market share in the US dropped from 33 per cent to 24 per cent as more body-positive underwear brands started to takeover. Its annual fashion show started drawing plenty of heavy criticism for being outdated, and viewership fell.

On the other hand, brands who have started to embrace the everyday modern woman in their marketing are prospering.

It’s clear if Victoria’s Secret wants to reach the modern consumer and improve its floundering sales, its marketing tactics will have to change. It will be interesting to see the direction the global brand takes with Razek now out of the picture, yet for now, all signs point to a positive marketing shift.