In this opinion piece, App Annie’s Jaede Tan (pictured below) shares his predictions for the app economy in 2018. 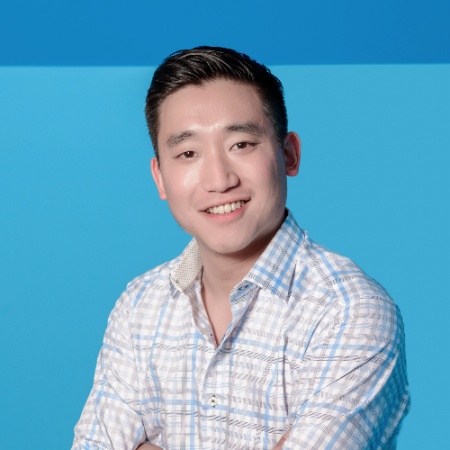 This year will mark the 10-year anniversary for both the Apple App Store and Android market. Since the first wave of apps were published in 2008, they have impacted the lives of people on an unprecedented level.

There are now apps for almost anything and everything – hugely successful apps that incorporate augmented reality (AR) and virtual reality (VR), apps dedicated to events, and even an app just for popping bubble wrap. Who would have thought that apps could have evolved from the simple Snake game on the Nokia phone (yes, that was an app) to driving a $6.3 trillion industry in 2021? Looking back at 2017, the app economy has hit some significant milestones:

It is apparent that the evolution of mobile apps has transformed the everyday lives of people, and users continuously expect their favourite apps to be improved. There are several aspects of an app which users expect to be improved, but convenience is a core theme that underlies many of my predictions as we look to 2018.

The continued evolution of markets across the globe has led app monetisation to continuously grow at an outstanding rate. Apart from games, which traditionally account for the majority of overall spend, I foresee spending in e-commerce apps such as Alibaba and Amazon to drive worldwide consumer spend – which is expected to grow about 30 per cent year on year to exceed $110 billion in 2018. In the Asia-Pacific (APAC) region, consumer spend on apps hit $17.1 billion in the first half of 2017 alone.

In June 2017, both Apple and Google announced updates to the iOS App Store and Google Play aimed to alleviate this issue through app curation and editorial content. I predict these updates will have a significant impact on apps in 2018, in particular apps that help people occupy their leisure time. These types of apps, which tend to be entertainment-centric, are most likely to connect with consumers when they are casually browsing through the app stores.

Conversely, needs-based apps such as Uber Eats or DBS PayLah! are far more likely to be downloaded based on word of mouth recommendations or focused searches when a user encounters a particular need.

Pokémon Go and Snapchat sparked huge interest in AR among the masses, and I foresee that AR will take another significant step forward towards realising its massive potential in 2018.

Facebook, Google and Apple have taken the lead at their developer conferences in 2017, and together with the Chinese powerhouses Alibaba, Baidu and Tencent, have set the foundation for AR-related initiatives. These initiatives will accelerate the space by making it easier and faster for publishers to develop AR apps, while also stoking consumer interest.

For example, starting in September 2017, there has been a significant increase in iPhone app downloads for the top-ranking apps by ‘augmented reality’ app store search in Australia, and other APAC countries.

Starting in September 2017, downloads for AR apps rose significantly on iPhone due to increase of new AR-related apps, as well as existing apps incorporating AR.

It is now not an uncommon sight to see people catching up on their favourite Netflix series or Hollywood movies while on the move. Last year was another extraordinary one for video streaming services, and total time spent in video and entertainment apps tripled to almost 40 billion hours in the APAC alone.

In the 12 months to 31 October 2017, these apps have driven significant growth of worldwide consumer spend for the entertainment category on both iOS and Google Play. However, as some of the biggest names in the entertainment industry and app economy (Netflix, Apple, Google, Facebook, Snap and Disney) have announced huge plans to expand their footprints in variety of ways, I expect that 2018 to mark the beginning of an inflection point for this space, in terms of fragmentation. In fact, among iPhone users in Australia who have at least one of the top video streaming apps installed, the share of those who had four or more of the top video streaming apps installed on their devices increased year on year to about 30 per cent in October 2017.

The share increase for iPhone owners with four more of the top video streaming apps installed demonstrates the increasing fragmentation in this space.

Overall, this space will continue to see steady growth in terms of revenue and engagement, but in the years that follow, consumers may start to rationalise how they spend their time and money among a dizzying array of choices, resulting in some players succumbing to profit pressures as they get crowded out of this competitive space.

Mobile pushes towards the centre of the retail customer journey

Analysts and experts have pronounced the retail apocalypse in recent times, and we see apps as a way to reinvigorate consumers’ retail experience. Brick-and-mortar retailers have already embraced apps and shoppers are now very engaged; results are telling from the Great Singapore Sale 2017, which saw an increase in sales thanks to the GoSpree app. In Indonesia, which has a population of 261 million and a burgeoning middle class, users spend an average of just over 90 minutes per month in shopping apps, placing it at number two after South Korea. On 11 November 2017, dubbed Single’s Day, Alibaba generated a record breaking $25.3 billion in sales, with mobile users accounting for 90 per cent of sales. These numbers are only the beginning of what is a rapidly evolving retail experience for consumers.

Come 2018, apps will continue to cause consumers to change their shopping habits, which will in turn redefine the relationship between and even the very nature of existing retail channels (e.g. mobile app, web, brick-and-mortar). China, for instance, is one huge influencer in this area. We are seeing people in Western markets increasingly use physical stores as a place to pick up items purchased on mobile. In addition, cash registers’ longstanding role in the checkout and payment process will become reduced, or in some cases replaced, by mobile. For many consumers, mobile will be a core part of the shopping experience, regardless of channel.

As I predicted last year, there was some consolidation in the food delivery space. Looking ahead to next year, I expect that aggregators such as Korea’s Yogiyo will continue to expand the addressable market for this space by opening up underpenetrated markets, as well as converting users who do not currently use mobile apps from intermediaries to order meals.

Meanwhile, delivery-as-a-service (DaaS) providers (e.g. Uber Eats, Deliveroo) will gain market share in premium markets where customers are more likely to pay more for higher-end restaurants that don’t have their own delivery fleets. Furthermore, we expect more quick-service restaurants (QSR) to respond to the increased competition from food delivery by partnering with DaaS apps, similar to McDonald’s partnership with Uber Eats.

As with video streaming, this space will face consolidation in later years, as it needs to rationalise the fragmentation felt by customers and the profit pressures felt by service providers competing in a crowded space.

In 2017 in the APAC region specifically, the growth of downloads in the finance category outpaced all app categories (non-games) combined, with China leading the way. Person-to-person (P2P) payment apps likeWeChat, AliPay, GoPay, Grab Pay and PayTM have been some of the shining stars in the fintech app revolution. They have transformed how consumers, particularly Millennials, exchange money by displacing the use of cash and checks.

In the next year, I expect these services to capitalise on their popularity and broaden their range of services in an effort to expand their revenue potential, fend off increased competition from traditional banks and deepen user engagement. With retailers adopting such apps as an option for customers, we expect P2P payment apps to see increased transaction volume. These initiatives have been well received by users, as they will provide even greater levels of convenience. In addition, this space will see increased activity from successful players in other categories like messaging and social networking, which are constantly looking for additional ways to serve, monetise and engage their large user bases.