The full-service agency, Coffee Cocoa Gunpowder (Cocogun for short) vows to deliver “audacious creativity” and a promise to “do good in the world”.

King sat down with B&T to discuss just how the agency came about, and what to expect from the dynamic advertising duo and their new creative venture in the months to come.

Firstly, we wanted to know more about the name choice, because it’s certainly different. King simply said: “We wanted something that was different that kind of made you go ‘What? Say that again?’

“It’s not the typical King and Melder, which would be the obvious one. I think the name is a signpost of creativity, our humanity, and our ambition to be audacious in our creativity.”

On what sets Coffee Cocoa Gunpowder apart from other agencies, King said it’s all about looking at the world through the eyes of people, so it makes perfect sense the agency’s ethos is ‘people are everything’.

“We look at the world through the eyes of people, not brands. We’ve been in so many situations where we’ve been stuck in boardrooms and everyone’s talking about themselves, and we’re thinking: ‘maybe somebody should be representing the people we are actually talking to’,” said King. 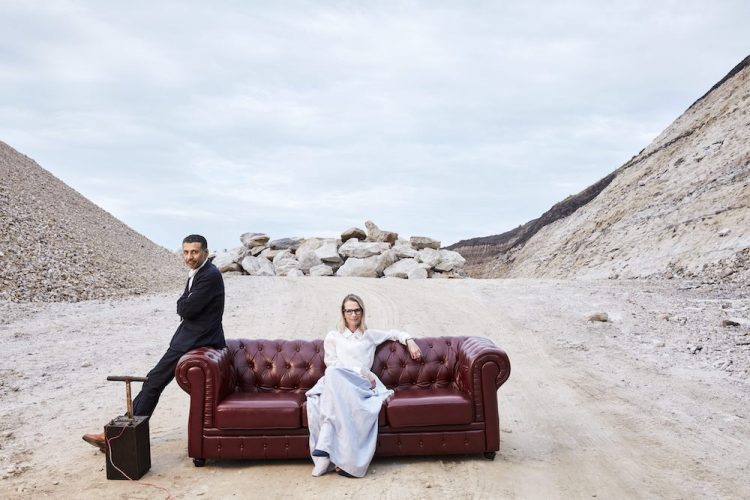 Photography by Christopher Ireland through The Pool Collective

And when it comes to the way Coffee Cocoa Gunpowder will do business, King said it comes down to listening to what clients actually want.

“Ant and I have built our reputations on being extremely service orientated, good listeners, and collaborators. We believe there’s a place [in the advertising industry] for people to collaborate a little bit more, to listen a little bit more, and to interrogate what the problem actually is. You only do that if you’re willing to listen.”

King started out in advertising at The Jupiter Drawing Room in South Africa. Moving to Australia in 2009, she built her digital and CX nous at Lavender before heading up the Optus account at M&C Saatchi. She ran the Westpac account at DDB where she led a series of highly-awarded brand campaigns created alongside some of the world’s most sought-after directors.

While no one can deny the phenomenal credentials of the new Cocogun co-directors, King said she doesn’t want the agency to succeed based on their reputations alone.

“I think what we have to offer is exponential. We want to make everyone’s belief in us really count. Ant and I both believe you’re only as good as the last conversation you had or the last piece of work. You can’t rely on your reputation. We’re going to earn our seat at the table, one brief at a time.”

And, it’s not just the business practices and ethos that King and Melder hope will set the agency apart. They also hope Cocogun will be known for its workplace culture.

King commented: “I want to create a culture where people love the culture so much they’re willing to run through walls for us.”

King started her advertising career in South Africa and hopes to imitate the experience she had. She said the leadership team at her first agency, as well as the respect they gave its people, was what inspired her to be her best. She also gave a nod to her boss at The Jupiter Drawing Room, Lianne Cawood, who King said was the first person to make her aware she had potential.

“I didn’t really know I had any potential, and she was the one who looked at me and said: ‘You’ve got more to give’. It made me give more than I ever thought possible and I now want to do that for other people.”

In an industry that has a reputation for being a hard slog at times, King said she hopes Coffee Cocoa Gunpowder will be an agency that ultimately has a payoff.

“Our business is demanding, I’m not denying that. But there has to be a payoff at the end of it. There is a lot that’s required of you and you have to work hard to shine, but if there’s some sort of acknowledgement, and when people believe in you, it takes on a whole different meaning.”

One of the biggest points of differences as an independent agency is Coffee Cocoa Gunpowder’s social impact, with five per cent of all profits going towards sponsoring individuals.

King said Coffee Cocoa Gunpowder isn’t a charity, and social good isn’t why she and Melder created the agency. She said, however, it’s simply the default of success.

“We want the default of us doing great work to benefit other people. We aren’t out there to do good in the world – it’s a beautiful philosophy – but it’s not why we do business, it’s just a default because the greater our success, the more we can benefit people.”

Coffee Cocoa Gunpowder’s eventual employees will be the ones choosing who the agency will sponsor. The vision is to sponsor individuals who live in Australia and have “incredible potential” yet through circumstance, lack of basic resources or injustice, they haven’t been able to get there.

“We want to find people with the potential to have an incredible impact on the world, all they need is a little helping hand. We want to be sponsors of people, and that ties into our ethos,” said King.

On how the pair met and decided to start an agency together, King explained it all began when she and Melder both worked at M&C Saatchi on its Optus account. King gushed about Melder, calling him a “remarkable” person.

She said: “His talent and humility are in equal measure. If I was to do this with anybody, Ant’s not just a guy, he’s the guy.”

Starting a creative agency has been on the cards for King and Melder for around three years, but according to King, there is a lot that goes into “stepping off into the unknown, beyond just a dream.”

At the end of February this year, King left her role as managing partner at DDB Australia to take the role of CEO and partner at the 6am Agency. However, she knew it wasn’t the right fit, so she left the agency in pursuit of making Coffee Cocoa Gunpowder a reality.

“What 6am Agency did was it made me think: what next? I love this business, and if I had to start all over and somebody said you’ll be successful either way, what do you really want to do with your life, I’d say this.”

King is excited and hopeful about her new venture with Melder for many reasons, but she is particularly passionate about the role she will have in impressing on younger people in the industry, especially women, they have a lot more to offer than they might realise.

“I am passionate about finding talent and going: ‘You have got more to give, you just don’t know it.’ I feel it’s an immense responsibility for leadership to find that talent and nurture. It helps the young people in our industry realise their potential because otherwise, they remain hard-working, but they never know they can go so much further.”

King concluded that she hopes alongside Melder, they can both “earn [their] seat at the table”.

“We are so personally invested in this, and at the end of the day, we have nothing to lose and everything to prove.”

The agency opens its doors with a foundation client, which remains undisclosed.