Advertise with us
Posted 6 September, 2017


Nestlé Purina PetCare has launched a mischievously simple integrated digital out-of-home campaign to promote the Felix product range. The campaign brings together the Felix and Twitter brand heroes to playfully interact on screen, after posing the simplest question – ‘Meow or Tweet?’.

Powered by a conversational video ad on Twitter, people’s choices on the social platform are reflected in the on-screen behaviour of the two brand’s characters. We see Felix stalking up to pounce on the Twitter bird, and the Twitter bird swooping and diving over a submissive Felix.

As people engage with the creative on Twitter, the digital out-of-home component dynamically updates with their handle and tweet selection. Participants also receive an auto-response tweet from Purina in which the two characters’ playful interaction is based on their tweet choice. 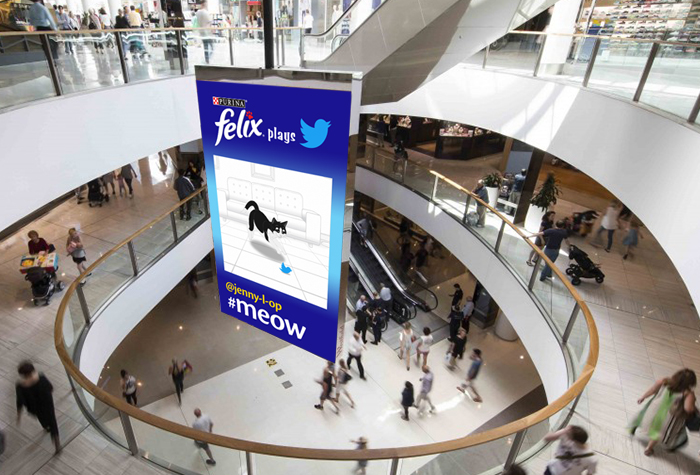 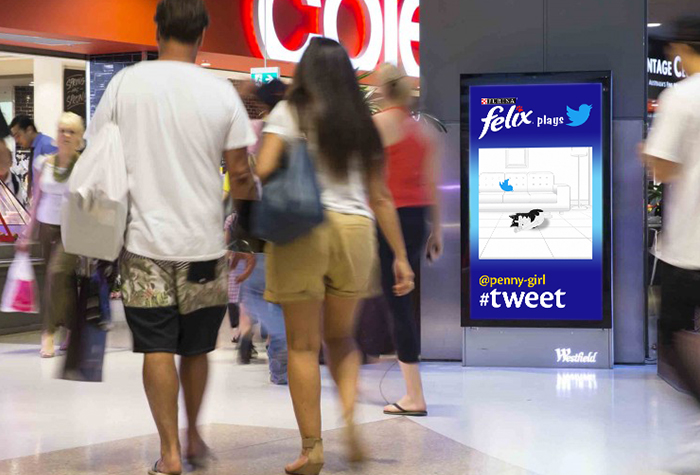 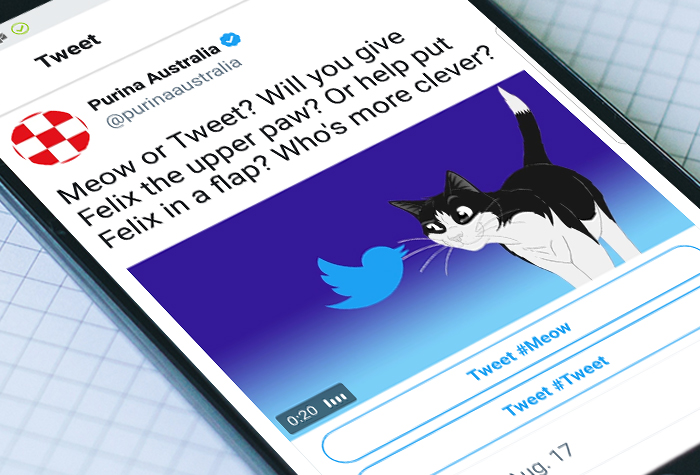 The digital out-of-home campaign is appearing in Westfield shopping centres across NSW, Victoria and Queensland. To maximise engagement, the Twitter media is flighted to match Westfield’s opening hours, when the screens are live.

The campaign leverages two of Scentre Group’s digital media formats in the Westfield centres. A 10 second animation appears on the SmartScreen Network, on sites cherry-picked along the path-to-purchase. This creative is localised with the nearest supermarket’s logo. And a 20 second animation features on the SuperScreen Network. This large format takes on a brand awareness role, showcasing the playfulness of the lovable rascal Felix which reminds us so fondly of our own furry friend at home.

Neice Waddington, doohfa’s Product Director, said: “It is such a coup and privilege to animate the Twitter bird, alongside that rascal Felix. The creative proposition of ‘Meow or Tweet?’ is a simple and elegant way to bring together the two brands in a way that enables us to highlight Felix’s playfulness. Cleverness is also a key character trait of Felix, and this is emulated by the clever coming together of creative and tech in this campaign.”