​Commando Steve has a new partner in crime, his adorable and energetic eight-year-old daughter, Ella Willis.  Garmin has announced Ella as the face of its ​vívofit jr. ​marketing campaign alongside her famous dad.

The commercial featuring Ella and Commando Steve in matching commando pants, will be released in October as part of an exclusive deal between Garmin, Rebel and Amart Sports. 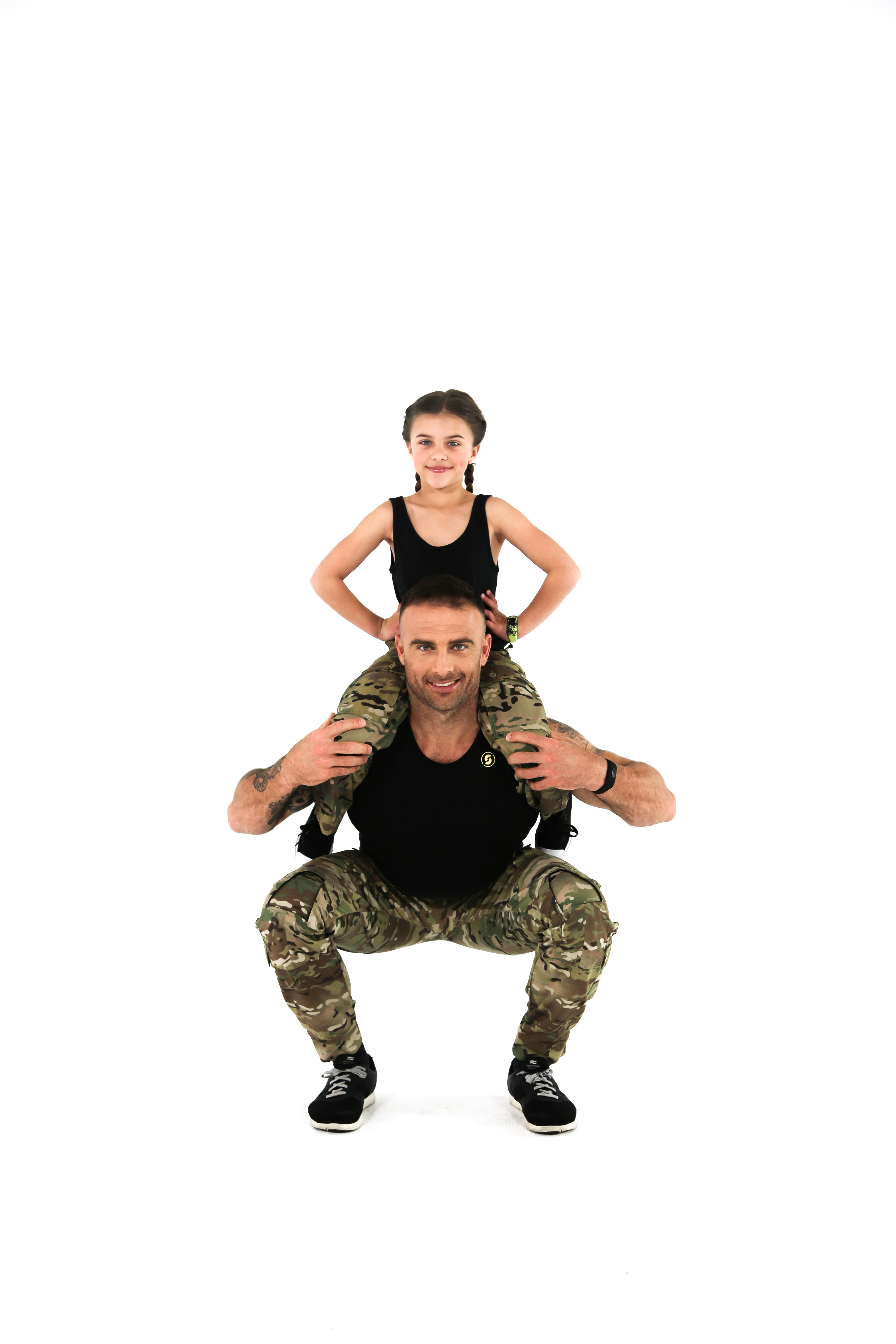 Released worldwide today, the Garmin ​vívofit jr. ​is a wearable activity tracker aimed at children aged four to nine years. It includes engaging and motivating features such as games and family challenges and even rewards when routines and chores are completed, such as brushing teeth, making beds, tidying rooms. And it’s all trackable via the parent’s mobile app or computer.

“Selecting Commando Steve’s daughter, Ella, to be the face of ​vívofit jr. ​in our television and outdoor commercials was a natural choice.  Ella appears alongside Steve, who has represented our brand for more than two years. Together they are the perfect fit for our exciting new kids activity tracker,” said Adam Howarth, general manager, Garmin Australasia.

The commercial opens with Commando Steve grilling the television audience to be more active before Ella bosses her dad into being nicer and challenges him to increase his own steps and activities, all the while monitoring it on their respective Garmin activity trackers.

“Ella was in her element doing this commercial for Garmin’s new device aimed to engage Children. She loved playing with the ​vívofit jr.​, she loved bossing me around, and she loved acting for the first time on a real set,” said Commando Steve Willis.

“The ​vívofit jr. ​is perfect for any child no matter how active or motivated they are.  There is something on this device for any child and the whole family can get behind them,” he added.

Ella said: “This was a dream come true. I loved being on set with dad and learning some new skills with him. This is the first time I have used a Garmin device and I loved it – I never want to take it off! It tracks my steps, my sleep and has some really cool games you get as rewards,”