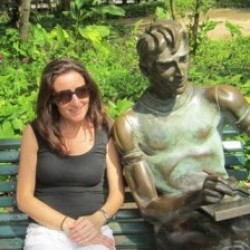 The study for love or money 2015 is the third annual research study and provides a consumer pulse on loyalty programs, new insights that impact on customer loyalty and benchmarks results over the last three years.

Australians – particularly men – are more active in loyalty programs than ever before, in turn boosting a brand’s bottom line, the research also reveals.

Despite perceptions consumers are battling loyalty program fatigue, the study reveals 59 per cent of members are active in all of their programs, a 31 per cent incremental increase from 2013.

And they’re spending more, with 82 per cent buying more from brands with a program and 16 per cent purchasing items they didn’t need just to earn rewards.

Report co-author and CEO of Directivity Adam Posner said while some brands question the value of loyalty programs, the research confirms that successful programs have evolved from cost centres into key profit drivers, and provide a key competitive advantage for brands.

“Loyalty programs are a real business imperative for driving brand loyalty and profitability,” he said.

“This research is a good news story for loyalty marketers. While consumers are telling us they’re more selective with their programs, they’re also more active and engaged.

“Programs also drive impulse purchasing as evidenced by 16 per cent of members who buy things they didn’t need just to earn rewards, which jumps to 26 per cent for men under 45,” said Posner. “If you do the maths, that’s a reasonable additional spend that goes straight to the bottom line,” he said.

According to the research, 48 per cent of members believe programs have improved, up from 41 per cent in 2013. Additionally, fewer people are dropping out of programs, with member defection falling from 26 per cent in 2013 to 22 per cent this year.

“Reduced defection can be attributed to the fact that brands are keeping their programs simple, with only 12 per cent of people saying programs are too confusing, down from 19 per cent two years ago,” said Peter Noble, report co-author and CEO of Citrus.

“We found this one of the most surprising findings of all,” said Noble. “It goes to show that getting the card into a person’s wallet or purse is a critical piece of brand real estate and connection.”

When it comes to changes in benefits that members want, money still matters, with the top program benefit being immediate price discounts, followed by redeemable points-based programs. In addition, members showed an increased preference for exclusive offers (moving from fourth place to third).

“While this is a good report card for loyalty programs, consumers are more selective with their programs so brands need to work hard to retain that purse position,” Posner said. “Programs that are simple, keep cash-based rewards and exclusive offers in the mix and more opportunities to earn will continue to motivate members’ loyalty,” he said.

The full 70 page report is available at theloyaltypoint.com.au.

*Active means a member has used their card/membership in the last 12 months.