At a time of stagnant wages growth are businesses self-servingly turning up the volume on the importance of their culture and work-life balance? 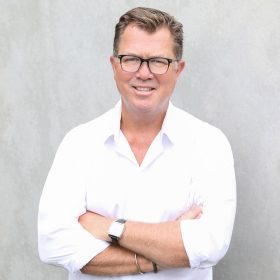 We’re told up and coming new graduates are attracted as much by the values of a business as its financial achievements, but surely it’s time for agency leaders to demonstrate that paying people a good wage is just as important as Friday night drinks or free yoga.

Australians are receiving the smallest pay rises since World War II and even the conservative Reserve Bank of Australia chief Philip Lowe has implored politicians and businesses to deliver higher wages to kickstart a slowing economy.

On one of my trips down a Twitter wormhole, I stumbled across an old 2017 article that resonated; probably more than it should have done. A woman had been rejected in the primary stage of a job application because she had the audacity to ask for the wages and benefits the job would bring. Apparently such vulgar, selfish thinking was out of line with the priorities of the company involved.

The company the woman wanted to work at rejoices in the name “Skip The Dishes” – it’s a food delivery service, apparently – and their response made it clear that they believe “in hard work and perseverance” and she shouldn’t have been so concerned with how much she’d be paid. They told her she wouldn’t be a good fit because she asked about her salary too early in the interview process. 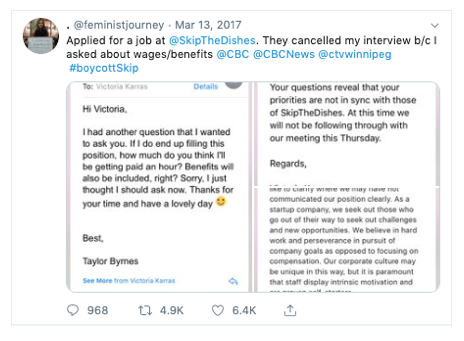 This got me thinking that business’s drive to articulate their purpose, values and social conscience – along with rock climbing walls, kombucha taps and meditation spaces – might be missing the rather salient point that people generally work to earn money to live.

Sure, there will be well-funded or boot-strapping start-up founders prepared to sacrifice salary; they are taking a risk, from which they hope to see an eventual reward.

And those C-Suite execs who drive a company’s values messaging are also probably comfortable enough to not pay too much attention to the grubby business of wages. But it’s highly unlikely that the staff they’ll require to deliver against the vision will have this luxury.

For some time we’ve understood that Millennials and increasingly Generation Z want a job that delivers more than mere financial reward; I fear that this is just a very handy excuse for businesses to keep financial rewards out of the conversation.

It’s not new for private enterprise to keep salary costs as low as possible, but at a time when our global economy is destabilising and technology is not only liberating us from mundane entry-level tasks but also threatening equality, surely it’s time to re-frame the conversation.

When I entered the advertising industry, the agency I joined had nine levels of account management; or at least nine progressive titles ranging from Junior Account Exec to Board Group Account Director. That this was a not-so- cunning plan to reward us with apparent advancement and status rather than cash was simply accepted as part of the deal.

But given that financial reward is, clearly, a big motivator for most people, it’s surprisingly often absent from the carefully crafted vision and values statements companies are so proud to write on their walls, websites and company reports.

What’s wrong with taking some pride in the fact that the business is capable of providing the means for people to live with dignity, comfort and, yes, the occasional luxury. It might even ground the values in a reality which could prove more fertile than airy claims to embrace the ambitions and dreams of the individual, whilst treading lightly on the planet.