In this guest post, Iman Ghodosi (pictured below), VP & GM APAC of Zuora, casts his expert eye over Foxtel’s woes and its valiant attempts to win back subscriber love in the face of Stan and Netflix…

In July, The Sydney Morning Herald ran a story on Foxtel customers getting huge discounts as an incentive to remain loyal. One customer who threatened to discontinue their pay TV service was reportedly offered “the entire Foxtel package for just $35 a month”; others can pay up to triple that. 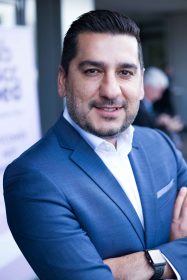 To me this was an interesting development not because people were getting big price cuts, but for the much larger story: how companies born before the advent of the Subscription Economy are responding to a revolution in consumer habits and expectations.

For Foxtel, it’s a story about how they’re rising to the challenge of direct competitors like Stan and Netflix – one a child of the Subscription Economy, the other its flagbearer.

A few days after the “Foxtel slashes prices” article dropped, the company announced it was integrating its service with Netflix and would offer six months of the streaming service for free to any customer, new or existing, willing to take up a 12-month contract. Over the next several months, the News Corp subsidiary will even put a Netflix button on its new remote controls.

Can Foxtel adapt to this new environment?

This latest announcement is Foxtel again responding to fierce competition from companies who have entered the market with a subscription focus and eaten away at their market share. Late last year they launched Kayo, the streaming service giving customers access to live sport like the AFL, NRL, NFL and NBA on demand for as little as $25 per month. (I should declare that Kayo is a client of Zuora.)

Kayo is a bid to win new customers or win back old ones – those who love sport but have never been or are no longer willing to pay for it as part of a premium-priced package, attached to a contract.

The Netflix bundle, though, is a different play entirely. Foxtel CEO Patrick Delany has been upfront in admitting this is all about customer retention. There’s no growth strategy involved.

Will it work? As with any strategic manoeuvre undertaken within the Subscription Economy, success will be determined by how well it accommodates the needs of customers. Will this give them more of what they want, when they want it, where they want it?

As a customer of ours recently said “The more freedom you provide your customer, the more loyalty they give in return.” It’s the sort of maxim that I think would have been laughed off as counterintuitive several decades ago, when large companies didn’t need to put the customer at the centre of everything they did. In the Subscription Economy, they must, and that means giving up some perceived ‘control’ in the interests of giving people what they actually want.

This seems to me what Foxtel is aiming for both with its Netflix deal and with Kayo.

Does the Netflix collaboration mean that Foxtel offers what customers need?

Roy Morgan recently released research suggesting that 11.5 million Australians now have access to a Netflix subscription. That’s a massive number given that we have a population of just over 25 million and the service launched only three years ago. By comparison, Foxtel, which launched in 1995 has about 5 million current customers. And if you want to compare apples with apples, Stan, which launched in the same year as Netflix, has about 1.5 million subscribers. Kayo – which is months, not years – old already has 300,000 subscribers.

Now, it’s true – in part, the love for Netflix (and for that matter, Stan and Kayo) comes from the freedom of being on a month-to-month subscription. But mostly it comes from the content. Netflix is brilliant at finding out what consumers want to watch. There are few better companies in the world at using data to understand their subscribers.

So I want to look a little bit beyond the Foxtel- Netflix package and delve into what Foxtel is doing with data.

It turns out, quite a lot.

Patrick Delany has talked about a “data transformation” at the company, and in 2018 created the role of chief data and analytics officer. The benefits of that analysis are perhaps still some time away, although we can already see changes being made. The simplification of Foxtel’s main packages that accompanied the Netflix announcement is one hint that their new strategy is bearing fruit.

This new economic era isn’t an easy time for businesses established at a time when subscriptions were a niche concept. Consumers expect something very different from service providers to what they did 20, 10 or even five years ago.

The answer for these established companies, though, isn’t to throw everything out and start all over again as an essentially new company. Even Netflix, famed for their spectacularly successful move from DVD rentals to digital streaming, made the transition over many years – it was an evolution not a revolution.

For any leader, there is always a tension between staying true to what a company is – strengths that have helped a company succeed are sometimes but not inevitably superseded – and making changes that allow it to survive in new terrain.

Foxtel’s leaders are faced with this tension right at the moment. It will be interesting to watch as they negotiate what can seem like a precarious balancing act. There are structures, processes and philosophies from its early history that the company will be eager to retain. How these interact with its brand new strategies, ideas and products will go some way to determining its fate.

Ultimately, though, as part of an industry now thoroughly immersed in the Subscription Economy, Foxtel’s success will hinge on how much freedom it provides its subscribers.