Following on from the partnership between Thomas Jewellers and Traffic across 2014, the agency has been entrusted with the ‘jewel in the crown’ within the Thomas Jewellery Group – the Paul Bram Diamonds brand.

Paul Bram has enjoyed a long-standing, successful relationship with brand ambassador Rebecca Judd. The challenge for Traffic was to evolve this alignment and provide a new, fresh perspective on it.

Through the strategy development process, the agency discovered that Paul Bram offers a number of unique attributes unmatched by local and global competitors.

But the most significant differentiator is the long-standing affiliation Paul Bram has Australia’s most charming city. Located in the heart of Melbourne since the 1920s, Paul Bram is synonymous with Melbourne’s style and romance, and is therefore the only brand that fits perfectly with intimate hidden laneways and secret bars that make the city one of the most mysterious and enchanting in the world.

Paul Bram is truly an expression of exclusive Melbourne romance. To assert this positioning, the latest campaign accentuates the ‘Melbourne’ attributes of the Paul Bram brand.

According to Andrew Begg, Traffic CEO/ creative director “For the photoshoot, we escaped the traditional studio set-up and shot Rebecca Judd in a number of the city’s most romantic & iconic places. Our quintessential Melbourne locations included: Café Segovia in The Block Arcade, hidden rooftop bar, Siglo, and sultry late night wine-bar and restaurant, The Melbourne Supper Club”.

“We wanted to escape the traditional studio set-up and really bring Rebecca Judd to life in Melbourne for Paul Bram. This campaign does that perfectly,” said Sam Thomas, managing director of Paul Bram.

The first ad in the campaign, which launches with a Brownlow Medal feature spread in The Age today. 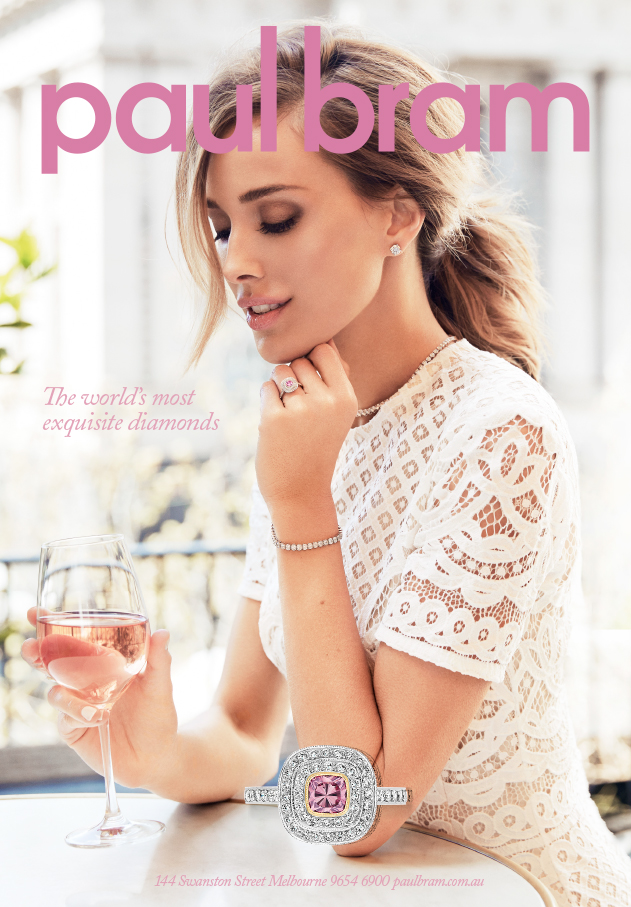 The campaign will run across press, women’s fashion magazines, online and in social media over the next 12 months.