Desperate for new recruits, the British Army has taken a novel approach in its latest recruitment campaign, however, it’s already caught the ire of some. 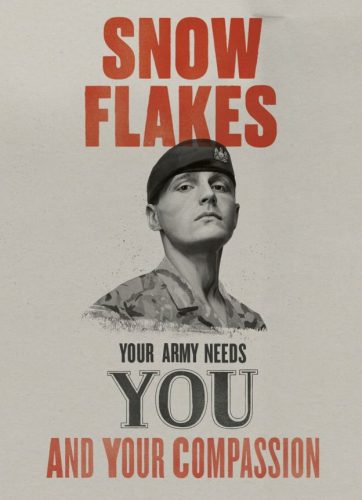 Not that its gone down well with everyone. A soldier featured on the “snowflakes” poster has announced he will quit the armed forces after his image was used without his consent.

Twenty-eight year old Scots Guardsman Stephen McWhirter has revealed via a Facebook post that his image was used without his permission and he has since been bombarded by hate mail and been ridiculed by his army peers.

McWhirter, who joined the Army in 2016 and has guarded the Queen at Buckingham Palace, said he will resign at the “earliest opportunity”. 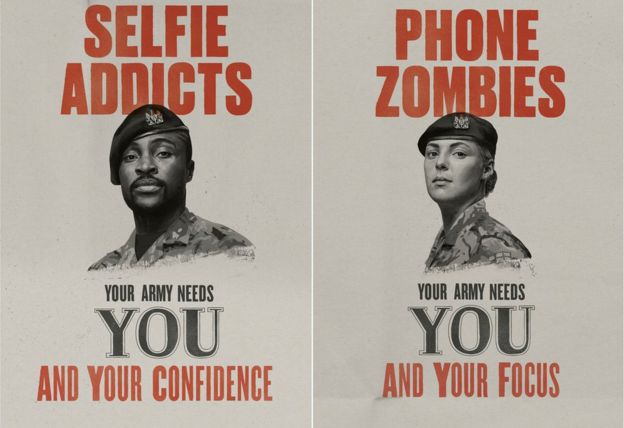 One soldier posted: “Imagine the army taking a photo of you and writing ‘snow flake’ in massive bold letters above your head. I’d be signed straight off.”

McWhirter responded with: “Don’t f@cking worry, mate, I am.”

Much like the Australian military, the British Army is desperate for new recruits, with 16-25 year olds decreasingly interested in a career in the armed forces.

The latest campaign, which will feature on billboards around the UK, aims to “look beyond the stereotypes” and highlight the potential in young people, including qualities such as confidence, focus and drive. 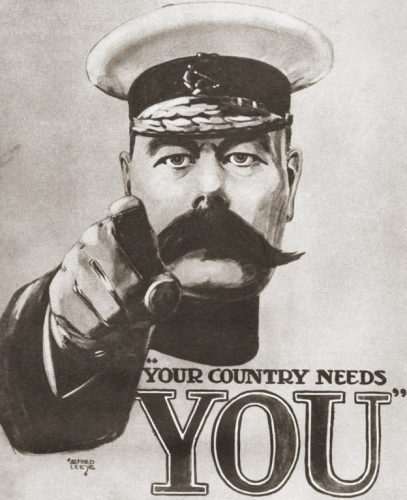 The Army based the campaign on the historic Your Country Needs You first world war poster featuring Field Marshal Lord Kitchener.

Commenting on the latest campaign, the UK’s defence secretary, Gavin Williamson, described the campaign as “a powerful call to action that appeals to those seeking to make a difference as part of an innovative and inclusive team”.

Williamson said: “It shows that time spent in the army equips people with skills for life and provides comradeship, adventure and opportunity like no other job does. Now all jobs in the army are open to men and women. The best just got better.”