Michael Langdon (pictured below) is the founder of Serious Levity, an eCommerce video strategy house that specialises in increasing conversion rates for ecommerce sites. He is also the author of Welcome to the age of Emotion: How to attract and connect with customers using video. In this guest post, he offers his insider knowledge on how to get more from your videos… 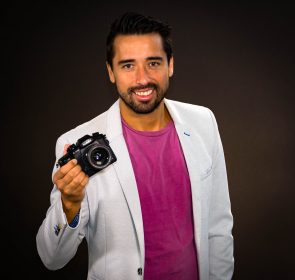 Video content is exploding. It’s currently filling up all our mainstream media, social media channels and even the emails we receive. It is now widely accepted that 80 per cent of all internet traffic is video traffic. Think about that figure for a second; It’s staggering! Arguably more staggering though, is the amount of terrible videos put out there that are actually detrimental to brand’s goals and reputation. Below some of the most common mistakes brands are making:

Lack of Strategy and direction

When devising a video strategy start with the problem you are trying to solve. Don’t produce a video for the sake of it! Even “Just for fun” videos have a purpose and a target audience (these are usually post-purchase videos aimed at people who are already your customers but not yet developed an affinity to your brand). Once you have figured out the problem, reverse-engineer it to find out how you are going to solve it and how you’re going to measure whether it’s being successful.

It’s crucial that you realise that there’s no one-size-fits-all solution for where your video lives. Different platforms require different things from your video in order for it to thrive. Choosing the right platform should be part of your strategy.

This is a big one. People often tell me that there’s too much noise on social media. That no one is going to watch their talking head video because talking head videos have now become naff and cliched. The answer to that is that you’ve got to focus on telling a good story. That’s what people are interested in. Not on whether you’re talking straight to your iPhone or whether you got a $20k video production team to film you.

Tell a story that resonates with your audience. Being human and being yourself will massively help with that. Open up. Not necessarily about a personal tragedy you’ve overcome (although they do well on social), but open up about challenges your business has overcome or has helped a customer overcome. A good story relies on a challenge, a hero and a success story. Incorporate this into whatever narrative you’re trying to tell.

Lead with the hook

Our attention spans are getting shorter and shorter. Although there’s still a school of thought that argues that longer Youtube videos or landing page videos lend themselves to building up to the climax of a video, I would say it’s not even worth risking. Put your most important message at the beginning of the video. That way you know that if you had people clicking away from the video, they weren’t the right audience.

Worst case scenario is that you get a lot of people clicking away from the video at the start. That will tell you that your message isn’t clear and/or strong enough. A blessing in disguise really, as it will help your future videos be better and actually resonate with your audience.

Emotion ties in with the last two points, but it deserves a separate point in itself. Actually, it deserves a whole book written about it (which I coincidentally have written!) as it’s arguably the most important point in this article. Your sole mission when producing a video is to elicit an emotion from people. It can be humorous, it can be intellectual, it can be controversial – whatever it is, make sure people feel something. Otherwise you may as well employ a cheaper medium like writing or photography to limit how people feel.

Emotion drives business, it drives consumers and corporate organisations. There’s scientific proof to suggest that any “rational” decision people think they make, is anything but rational. It’s all driven by emotion. What they think is “rational” is just part of their brain justifying the decision already taken by the compulsive emotional part.

A video produced for Facebook is not going to work as well on Youtube. A video produced for Instagram will look out of place and not engage as much if you place it on your landing page or product page. Know how your platform demographic will consume your content to maximise its goal. Landing page videos can be longer and produced horizontally. People will be more immersed in your Instagram video if it’s a story shot vertically, but a vertical video will look out of place on LinkedIn or your website. Think about all this in the pre-production stage.

Don’t go for the cheapest providers

The old adage of you get what you pay for is true for video providers too. If you get a videography student who knows the perfect settings to colour grade your video but knows nothing about telling a story, your video is going to flop. Another big mistake is going for a videographer who doesn’t really have the commercial acumen to know what type of video will generate the biggest return for your brand. If they talk only about video, they have missed the point. Video is just the medium. It really is about eliciting emotion from your viewers and customers that will turn into a measurable return on investment for your brand.