With many brands still giving Google’s YouTube a wide-berth, Matt Newcomb (pictured below), general manager of Inskin Media, argues that brand safety is the tip of an iceberg that’s been looming on the horizon for a long time. 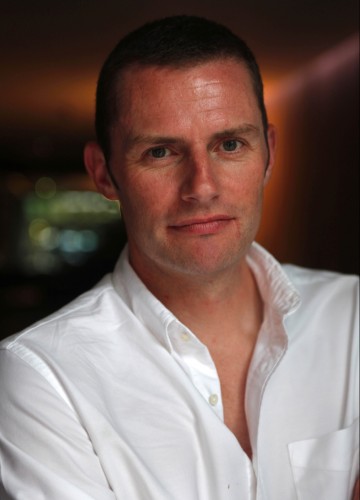 Brand safety – it’s not going away, with media outlets reporting that some of Australia’s biggest brands, including Nestle, Foxtel and Telstra, are still giving Google’s YouTube a wide berth.

Many, many words have been offered upon the subject in recent weeks, but it’s important the industry be honest with itself about one thing. Brand safety is the tip of an iceberg that’s been looming on the horizon for a long time.

The brand safety debate is not just about placement – it’s about transparency, the middleman and value creation – all of which takes place under the banner of improving how advertisers reach consumers.

Over the last few months, there has been huge focus on the platforms. YouTube has taken a good kicking in the media. Frankly, this is hardly surprising. If 400 hours of content are uploaded every minute and only subject to automated checking, people will find their way around the checks.

And to be fair, brand safety is not a new digital phenomenon – there has long been low quality ‘five athletes poo their pants’ or ‘you’ll be amazed by how…’ videos coupled with pre-rolls. But the platforms are highly attractive places to advertise when they hold so much audience, data and cheap inventory, right?

In today’s digital ad ecosystem, impressions remain king. We have collectively done a poor job in explaining how brands can be built online and instead have focused on using digital for direct response. In turn, this has generated a tsunami of cheap, low-impact advertising formats across a variety of digital platforms.

Chasing bulk impressions and using increasingly automated processes to do it has left advertisers uncertain of where their brands are actually appearing. Some of them are now choosing not to surf the wave that the media industry has pushed them onto.

All that being said, it has recently been reported that Google and Facebook now take 20 per cent of the world’s advertising revenue. This is an incredible stat – not just for the speed with which this has occurred, but because so much has been built off the back of content provided to them for free, either from publishers or from consumers.

The traditional media (many of whom we partner with) invest vast sums of money to create amazing content using professional journalists and presenters. There’s a very big difference between advertising in a premium professionally created or curated environment versus a placement next to a homemade cat video (or for that matter a hate video). Sure, the viewer might be the same, but is the outcome for the advertiser?

There is a bigger point too. The drive towards the digital duopoly has pushed so much revenue away from the traditional publishers that we are witnessing one quarter of Fairfax’s newsroom on the brink of redundancy. If news journalism can’t survive the platform onslaught, who will hold governments and businesses to account?  One thing we know is that it won’t be Facebook.

As much as this sounds bleak, my belief is that fake news and the brand safety debate will bring about a rebalance, with advertisers making larger investments in the ‘quality internet’. Professional content is vital to produce better advertising environments, which will capture the imagination of people who don’t inherently use the internet to see adverts.

There’s also a chance here for the digital advertising industry to shift the way it operates, which means better measurement and more robust reporting will need to be introduced. Watch Jon Mew from the IAB’s AWE session on living in a digital world, where he talks about human engagement rather than just clicks and acquisition.

When this whole debate is over and a new way forward has been charted, digital advertising might need its own brand campaign to comeback from the damage. Brand safety has become a flashpoint for much bigger issues that have been at play in our industry for a long time, and we need to fix the root cause more than simply treat the symptoms.