Ten’s much-anticipated The Bachelor finally debuted last night, pulling a respectable but not earth-shattering 846,000 viewers, according to overnight OzTam numbers.

With Nine’s all-conquering Ninja Warrior finishing-up the previous evening, Ten and The Bachelor got some clear air, with the show the most-watched entertainment program of the night.

The Bachelor boosting Ten’s overall audience share to an impressive 23.2 per cent, however, it could only manage third spot with Seven returning to the winner’s circle with  27.2 per cent and Ninja-free Nine having to settle for second spot with 25.7 per cent.

Last night’s Bachelor debut unveiled the 22 contestants all vying to win Matty J’s heart. Media reports have suggested the women were deliberately picked for their catty natures which Ten bosses will be hoping their insults and jibes will prove a ratings bonanza. 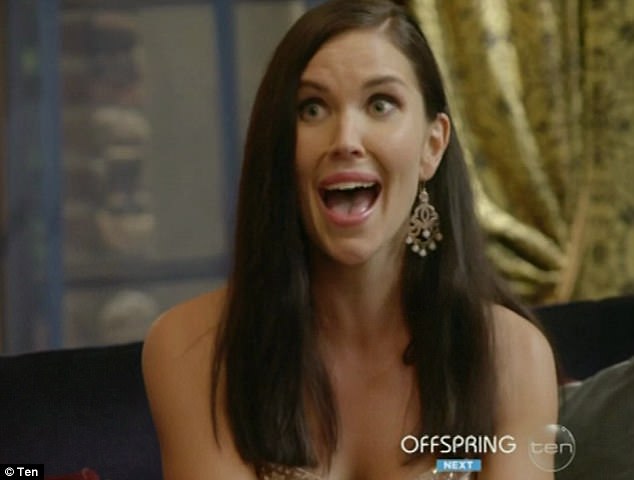 However, arguably the highlight of last night’s episode was Natalie Holmberg (above) who managed to fart and burp during the evening’s cocktail party.

In fact, the offending flatulence was confirmed by the show’s host, Osher Günsberg, who told a breakfast radio show this morning, “I do believe there was a fart. It was recorded, we just didn’t hear it.”

However, the other contestants were no fans of windy Ms Holmberg.

“Did she really just lift the leg up?” asked contestant Simone Ormesher.

While Jennifer Hawke added: “What woman does that? That kind of behaviour is just grubby, it’s dirty, and that’s not me. I’m a lady, I’ve got my life together, I act like a woman.”

Holmberg herself then confessed she’d been a lesbian, but having seen shirtless press photos of Matty J it had apparently turned her straight. 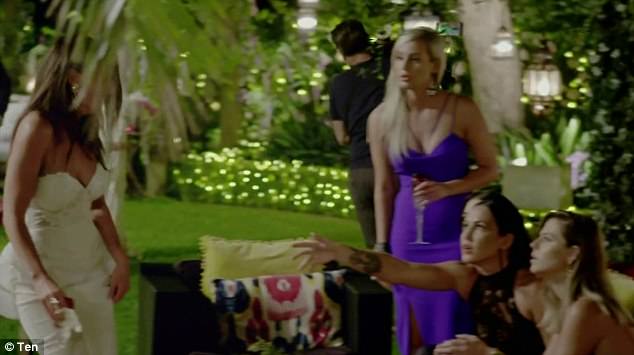 In another stuff-up last night, a camera man can clearly be seen in the background as three contestants – Stephanie, Sian and Tara – get into a tizz over another one of the other girl’s choice of frocks.