A new survey has revealed Australia’s most popular ethnic cuisine and the winner may come as a tasty surprise.

Google Trends’ data is based on a myriad of sources including recipe searches, restaurant bookings and food names and then allocates an “interest score”. 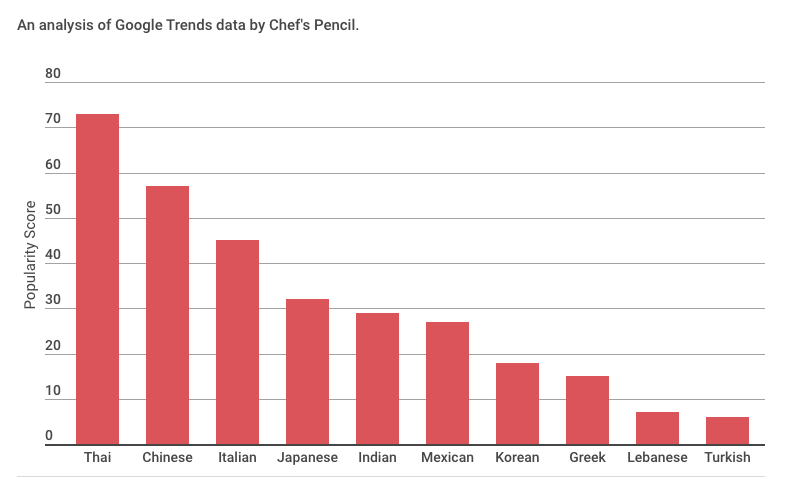 According to Chef’s pencils data, Thai food rated so highly with Aussies namely because of its availability. Apparently, Australia has more Thai restaurants per capita then any other country save for Thailand itself.

The study found that the good folk of Queensland’s Sunshine Coast were the biggest consumers of Thai, followed by Cairns and NSW’s Central Coast.

When it came to Chinese cuisine, West Australia’s Mandurah was the biggest consumer of sweet and sour prawns and Mongolian lamb. NSW’s Central Coast came in second and the Gold Coast was third.

For third-placed Italian, those folk in Perth where the biggest fans of pizza and pasta. The Sunshine Coast was second and Sydney came in third.

Teresa Davis, an associate professor of marketing at the University of Sydney Business School, said the popularity of Thai food was not surprising.

Speaking to The Sydney Morning Herald, Davis said: “The cheap and cheerful Thai restaurant has been around for a while, and it is food that is a one-plate meal, usually generous in serving proportion and importantly cheap enough for most budgets.”