Yes, audience and media fragmentation are very real. But audio is bucking the trend with an enviable resurgence writes head of digital at Wavemaker Australia, Amy Weekly (pictured below)…

We’ve gotten so used to talking about media fragmentation and declining audiences, that we’re neglecting to talk about the stories of growth that are bucking the trend. 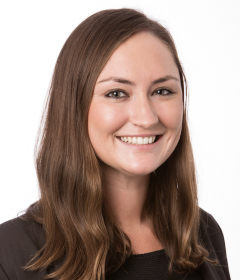 We’re all familiar with the migration of audiences from print to digital – that’s old news, I hear you say – and we know that linear TV declines are the new normal. And it all makes sense: we jumped from five free-to-air TV channels to 15 in a very short period of time, and we’ve seen the introduction of premium subscription video-on-demand services (hello, Stan and Netflix). In the past four years, we’ve seen the steepest declines in TV ratings since measurement began in 2001.

But not every medium is partaking in the downward audience trend. Unlike linear TV, radio has maintained its grip on listeners throughout these audience upheavals. Not only has radio avoided declines, it’s going through a resurgence.

Linear radio reaches more of the Australian population today than it did 10 years ago. In 2008, 61.1 per cent of Australians were listening to radio; by 2018, this figure had grown to 68 per cent and rising. Even with the explosion of choice – such as the phenomenal popularity of podcasts – live Australian radio still dominates in the battle for people’s attention: making up 65 per cent share of time spent with audio. That means the majority share of attention is sitting with one of the oldest toucpoints – a fascinating counterpoint to our industry’s fascination with digital.

The changing face of audio

Radio may be going through a resurgence, but it’s also facing disruption from other audio toucpoints gaining a share of the time spent consuming audio – music streaming services and podcasts both proving popular. Radio players are responding by broadening their ecosystem to live beyond one channel: radio talent are using social toucpoints and channels to communicate with their fans, and stations are organising events and activations to maintain relevance via physical experiences.

The uptake of podcasts has been phenomenal around the world, with listeners dedicating growing amounts of time to this space. Take The Joe Rogan Experience, for example. Each podcast runs up to four hours in duration and listeners are lapping it up, often making the top 10 podcasts for each episode.

A great local example is The Teacher’s Pet by The Australian journalist Hedley Thomas, which revived the investigation into the 1982 disappearance of Lynette Dawson. The in-depth podcast serial of 16 episodes, running for a total of 18 hours and seven minutes, has clocked in more than 45 million downloads and has reached number one in Australia, New Zealand, Canada and the UK.

What’s particularly interesting about podcasts is that they have brought in an older audience, where usually new digital touchpoints tend to bring in younger audiences.

What are the opportunities for brands?

While advertising opportunities within podcasts will continue to evolve as the medium matures, one avenue is the traditional live read. With so many options and enthusiastic audiences, podcasts provide an opportunity for brands to be creative in terms of alignment with talent and context.

A post-campaign effectiveness study revealed a number of positive results, including 88 per cent of podcast listeners understood Vagisil’s USP, 80 per cent felt positive about the brand and product, and 44 per cent  intended to buy Vagisil. The success of the campaign has prompted other Wavemaker clients, including Pharmacare, to explore podcast opportunities.

Voice is more than a channel; it’s positioning itself as a utility. Australians have emerged as enthusiastic adopters of voice assistants, such as Google Home and Amazon Alexa, with more than 1.35 million households owning a smart speaker. The battle for the home is beginning and voice will change the way we think about distinctive assets.

Marketers have long concerned themselves with brand personality, brand colours and visual assets. The question they must now consider is: What does my brand sound like when you can’t see it?