The tennis world was left stunned on Monday when Russian grand slam champ Maria Sharapova announced she had a failed a drug test after the Australian Open this year.

The drug she had been taking for health reasons contained meldonium, a substance which, according to a number of reports, had been on the watch list for the tennis for while but became a banned substance from January 1 2016.

Since the announcement, sports brand Nike was the first of her sponsors to announce it was halting its sponsorship as the investigation continued. In the subsequent hours, reports say luxury car brand Porsche and Swiss watch company Tag Heuer have dropped or suspended her as a sponsor. The statements from Nike and Porsche are below. We had not heard back from Tag Heuer at the time of publication.

Brand sponsorships and ambassadorships arguably come with an element of risk – just look at the number of brand ambassadors who have stuffed up their endorsement – and now the media is perched to see what the rest of her sponsors, such as Evian Head and Avon Cosmetics, decide to do.

While some brands are quick to drop a sponsor when something goes wrong, take the salary capping scandal of Melbourne Storm and its sponsors superannuation brands HOSTPLUS and ME Bank, there are also times when a brand stands by its athlete, like car brand Kia saying it would honour its contract with Essendon Football Club during the drug scandal.

Nike’s move to just “halt” its sponsorship and not drop Sharapova completely is an interesting one, reports the BBC, given the brand has been through some rough patches before.

“I can’t help feeling that Nike has been burnt before; they have stayed with people like Lance Armstrong in the past, and maybe they are just being rightly cautious now,” Karen Earl, chairman of the European Sponsorship Association told the BBC. Nike had also previously stood by golfer Tiger Woods when he was embroiled in a moral scandal, something The Independent called the sports brand out for, suggesting the company doesn’t give the same treatment to its female athletes as its male ones.

A lot of contracts also have clauses included if something happens, and sometimes pausing a contract is necessary until all the facts are gathered, said Rob Smith, managing director at sports management company CSM Sport & Entertainment.

“In the absence of full and complete information or a decision of a tribunal or court, pushing pause on or suspending a partnership can be prudent and this mechanism ought to be included in the contract at the outset,” he told B&T. “Disrepute clauses and the like are also absolutely necessary but their effect can be limited until disrepute has been or can be proven.

“There is a lot to be said for a brand standing by the talent at times like these, at least until everyone has a clear picture of the facts and circumstances.”

Still, independent sponsorship consultant Nigel Currie told the BBC in the olden days sponsors would have done nothing and hoped it would blow over. Now though, brands are paranoid about their image and “increasingly focused on corporate social responsibility issues in a way they were not before”.

And when you bring social media into the mix it can prove a different equation for brands. Even more so as brands should make sure their athletes are social media savvy.

“The impact of social media outrage is a relatively new consideration in a situation like this,” writes Jeff Beer at publication Fast Co.Create. “Before Sharapova’s news conference was over, there were calls on Twitter for reactions from Nike and other sponsors. Imagine if the Tiger Woods scandal broke today? Would weeks and months of indecision be tolerated? Or how about if Twitter was around when Kobe Bryant was facing sexual assault charges?

“Brands need to balance the public venting online with their own stance.”

When looking at the figure jumps of social media mentions, according to marketing tech company Amobee, Tag Heuer was the worst hit with an increase of mentions at 363 per cent. This is compared to Nike’s increase of 88 per cent and Porsche’s 51 per cent.

This suggests to Amobee that smaller brands with individualised sponsorships of athletes are at a higher risk – and a higher reward – for when either positive or negative things happen to athletes.

“If a larger brand like Porsche, or in particular Nike which has a huge global roster of athlete endorsements needs to drop someone, it represents just a small hit to their overall marketing plan,” said Amobee.

“But for a smaller brand like Tag Heuer bets on a celebrity, team or athlete, that falls out of favour; that association proportionally represented a much bigger slice of the how the audience thinks of the brand.”

Still, CSM’s Smith stressed brands need to make their own decisions. “And standing by talent, up to a point, can be a positive statement in itself for the brand. Brands must be careful not to allow their decision making to be influenced by media reporting and make objective decisions based on fact.”

Nike’s statement: We are saddened and surprised by the news about Maria Sharapova. We have decided to suspend our relationship with Maria while the investigation continues.

Porsche’s statement: We are saddened by the recent news announced by Maria Sharapova. Until further details are released and we can analyze the situation, we have chosen to postpone planned activities.

Sports marketing and sponsorship is something we’ll be talking a lot about at our Ministry of Sports Marketing conference. Check out the speaker list and grab some early bird tickets here. 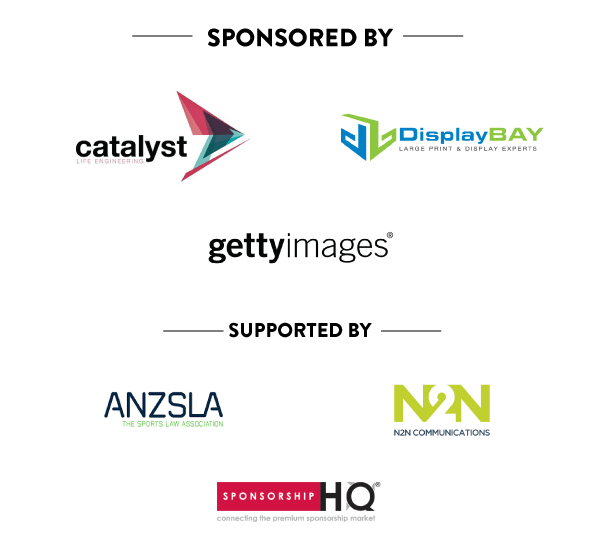