Australian WHO Weekly editor Shane Sutton has told B&T that today’s news of the Pitt/Jolie divorce “harks back to a time when print reigned supreme”. 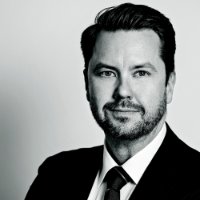 Sutton (pictured above) has revealed that the WHO editorial team’s managed to pull tomorrow’s print edition from the presses and replace it with a Brad/Angelina cover and feature (be first to see it below). 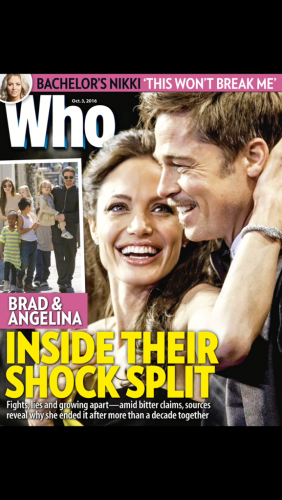 “When the news broke we had staff flocking to the office at the early hours of this morning,” Sutton revealed. “But the great thing about our readership is that they do really respond to the latest celebrity news – break-ups, weddings, deaths are big ticket items for us.”

Sutton would not reveal if the Pacific Magazines-owned WHO had plans to increase tomorrow’s print run, but added he expected an uplift in sales of around 15 per cent for the edition.

“It’s a celebrity romance born in the public arena,” Sutton said of the power couple’s very public romance. “They’re both very independent people and then you throw in Jen (Pitt’s former wife Jennifer Anniston) into the mix here.

“This story harks back to a time when print reigned supreme. This will have a very heritage feel for readers who’ve followed everything from Brad and Jen, Angelina and Billy Bob (Jolie’s former husband Billy Bob Thornton) and Brad and Ange… they’ve followed that entire story in print.

“But it’s more than just print; there’s the social aspect of it all that we can cover in real time. It’s a real example of how print, social and digital will happen simultaneously. It’s exciting when a big story like this happens but we’re obviously sad for the family and it’s always awful when a family breaks up. But in terms of big, legitimate stories then this is one that we will embrace,” Sutton said.