Amber Harrison finally got her turn in court and it appears she’s reconciled herself to her fate – a crushing victory for Seven and the real likelihood she’ll have to foot its legal bills that could run into the many hundreds of thousands.

Harrison, who had already agreed to all of Seven’s terms and a gag order, was speaking via a phone link to the NSW Supreme Court yesterday. Harrison was given the opportunity to speak on why she shouldn’t have to foot Seven’s significant legal costs.

The unemployed 39-year-old who had an ill-fated affair with Seven CEO, Tim Worner, said the bill – that commentators have put anywhere from $250,000 to $1 million – was “punitive and pointless” because she couldn’t pay it anyway.

“Seven and I have been involved in a marathon three year, brutal and unnecessarily protracted legal process,” Harrison said, her comments reported on a number of media sites.

“Seven have half a dozen lawyers in the room today. Seven are professional litigators, their pockets for litigation are deep and their appetite for it is endless.

“They are getting their injunction, their trial, their win and all the orders they seek.

“I should not be punished by the court system for taking a stand,” she said.

Harrison asked the court to dismiss her claim against Seven for failing to provide an unfair workplace and dismiss Seven’s claims for costs.

However, Seven’s QC Andrew Bell said the court knew nothing of Harrison’s financial situation only that the broadcaster had paid her a $400,000 payout despite breaching the conditions of the termination – namely surrounding confidentiality and speaking to media.

“These proceedings were initiated when a former employee published on Twitter stolen documents containing confidential legal advice to the Channel Seven board about a matter which had nothing to do with the former employee,” Bell said.

“That former employee had taken images of those documents in an unauthorised way, had retained them, and published that material on the internet in February this year,” he said.

The Judge in the case, Justice John Sackar, will reportedly deliver his judgment by the end of the week.

Meanwhile, Harrison herself appears to putting on a brave face. Her Twitter account yesterday filled with a number of shiny, happy memes and motivating words of wisdom: 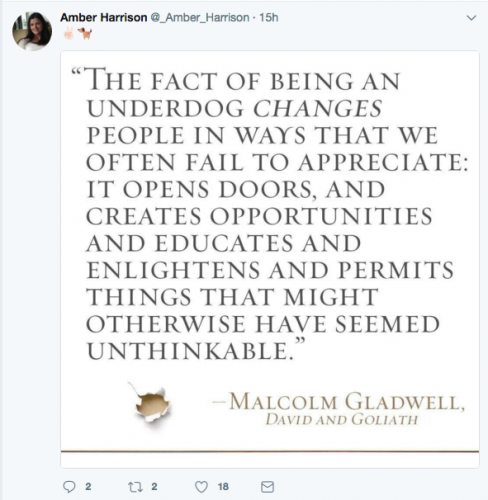