That’s right, the event we’ve been yelling and screaming about for weeks on end has finally come and gone! If you weren’t there, you definitely missed out. And we’re here to rub it in your faces with this fun-filled photo gallery!

The event was an extravaganza, filled with mentors, masterclasses, networking, enlightenment and giggles – not to mention over 150 of the best and brightest young things around.

MC’d by James Mathison, (obviously), the event kicked off with some light-hearted networking (and icebreakers) before keynote speeches from MediaCom CEO Willie Pang and APN Outdoor NSW sales director David Pullinger, who both blew our attendees away with their advice.

Then it was time for the most anticipated part of the day – the speed mentoring! Our attendees had just 20 minutes with each mentor, and no questions were off the table. For the last time (we promise) our mentors were:

Attendees split up into smaller groups and rotated around Sydney’s Portside Centre, trying not to let their brains explode with all the inspirational quotes being thrown out.

In fact, you can check out all these fab quotes from the mentors that one attendee – Sarah Kramer from OMD – scribbled down during the event.

Attendees laughed, listened, wrote down their thoughts and values, reflected on the mentoring sessions earlier in the day and waved both hands in the air. The latter was courtesy of Parkers masterclass, which was like nothing the attendees had ever seen before.

The mentoring and masterclasses were finished for the day, and attendees relaxed with their newly-found friends at the afternoon networking drinks, sponsored by General Assembly – who also gave away a scholarship to attend their new immersive Digital Marketing course, valued at $13,500, to one lucky attendee; Sasha Elias!

And before we knew it the day was done, and attendees were raving at us from all angles about how much they enjoyed themselves throughout the day. The one complaint was that they wanted more.

Well, if you attended this amaaaaazing event, you can reminisce with this photo gallery! There’s probably a shot of you looking inspired.

And if you weren’t there, your FOMO (fear of missing out) will probably hit an all time low. But there’s always next year. 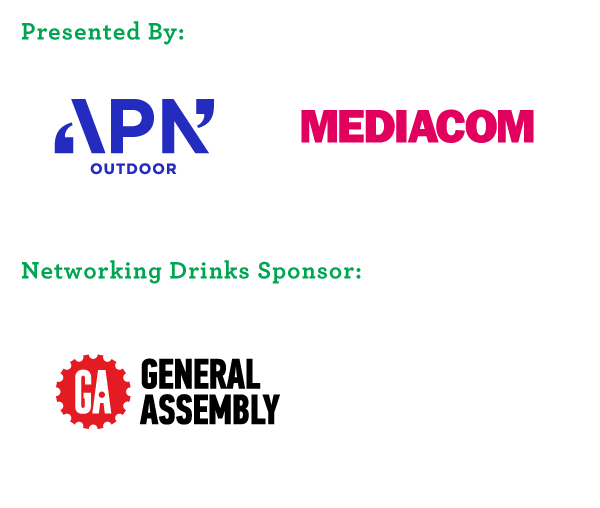