Former boss of Foxtel and News Corp, Kim Williams, says the digital change – the “hurricane” of change – we’re currently going though is not some seismic, cyclical thing but rather the “new normal” we all need to get used to. And Fast.

“Think of how you graze the world and buy things now compared with your parents,” Williams said. “Imagine what will happen with autos, real estate, retail, health, finance or insurance. Each will in fifteen years’ time, carry little resemblance to operations today.” 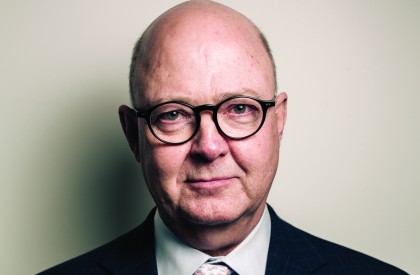 Williams – speaking at this week’s Daze of Disruption conference in Sydney – said there were five lessons to be learned from the digi upheaval we’re all presently living though.

Lesson one: The old paradigms are breaking down

Williams singled out “old media”; the likes of TV, radio and print which have been fundamentally disrupted by digital. Consumers of media, Williams argued, “are now in charge”. And all those disrupted by digital must change because “they will not enjoy the trust and confidence of their workforces, external advisers and above all customers”.

He added: “there are two major currencies in the ‘new normal’ – time and trust.”

Intuition and gut feeling have gone, Williams said, and we now live in a time of facts and data.

“Of all the thousands of examples with Google this is particularly apposite. Google can predict flu trends with a one day lag based purely on search terms; that’s a couple of weeks faster than anyone in public health could do it before,” he said.

Lesson three: Follow the trend line not just the headlines

And he did it one way – by analysing the hard data, Williams said.

“[This] has profound implications for modern commerce, education and politics equally. At its simplest it means we all need to listen closely, reflecting on data analysis – if we want to succeed,” he said.

Williams argued one of the biggest problems of change in companies surrounded management. Gone were the days of the “lone ranger” or “hierarchical directive model”, he said, arguing they were no longer effective on tech-savvy and educated workforces.

“Close listening is fundamental to working effectively today. The whole fabric of success personally or in enterprise reflects the need to listen, closely and well,” he said.

Lesson five: Getting the regulation right is central to success

Lastly, Williams believed that government authorities were a long way off the digital pace; rather than embracing it they wanted to legislate against it.

“At its worst, Government seemingly wants to regulate for every eventuality or in response to almost every matter raised, about which there is some public fuss,” he said.