Women have been calling for better body image representation in advertising for some time now and it would appear blokes have had enough of adland’s depiction of maledom as slim, pretty with a chiselled set of stomach muscles.

And now a new British campaign is calling for the advertising and media industries to rethink tired cliches of masculinity.

The campaign, led by men’s health and wellbeing organisation Manual, argues that unrealistic body images featured in advertising can be detrimental to a lot of bloke’s mental health.

The campaign is based on results of a study, titled the New Macho, by London creative agency BBD Perfect Storm that found 69 per cent of men said that brands and their advertising aren’t representative of who they are.

A similar study by Manual found that 78 per cent of respondents didn’t know anybody who looked like a “typical Gillette model” – pretty, square-jawed and muscular.

More worryingly, a study by the UK’s Mental Health Foundation found that 13 per cent of the 4505 respondents had considered taking their own lives due to uncertainty around body image. A further 34 per cent said they’d suffered anxiety due to body image and 35 per cent admitted to depression.

Commenting on the new campaign, Manual’s co-founder George Pallis said: “You would think that all men have six-packs, the perfect amount of stubble and permanently bronzed skin. It is completely unrealistic and doesn’t reflect what masculinity really looks like.

“In a world where opening up about mental and physical wellbeing is arguably more crucial than ever before, it’s vital that we all work together to de-stigmatise men’s wellness and improve the health and happiness of men everywhere,” Pallis said. 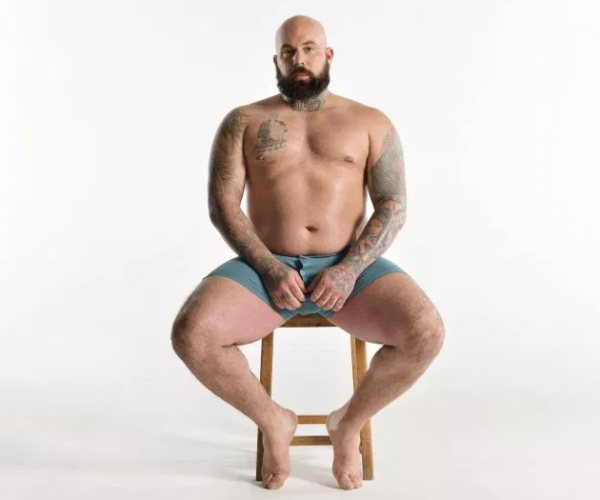 One of the stars of the campaign, Ben Whittaker (above) added: “A lot of my mates were smaller than me and they were toned and I was the biggest in my class, I did feel depressed and think ‘am I meant to look like this?’. But there’s no such thing as a perfect body, it doesn’t actually exist, all bodies are unique in their own ways.” 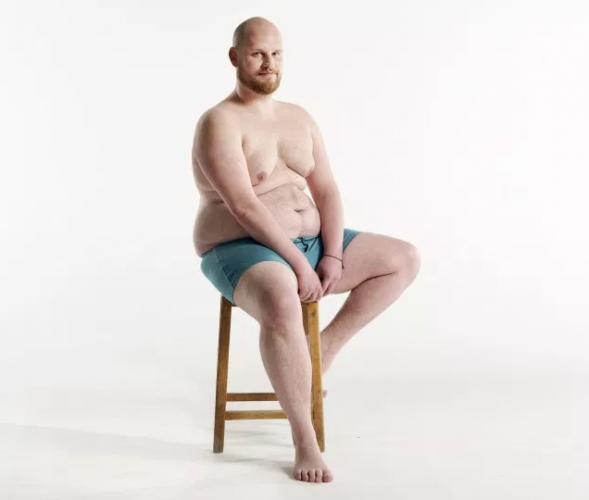 Another model, James King (above), said: “It’s really easy to get stuck in a cycle of ‘I hate my body and nobody else is gonna like my body’. I had to forcibly say to myself ’stop hating your body so much – what bits do you like about yourself and highlight those parts.

“I’m still not 100 per cent there and I even got the fear today, but I find things like this shoot push me out of my comfort zone. A massive part of all this is changing your mindset.

“I’ve actually found social media really good platform for it. While I believe social media can be bad for mental health, I just started following more positive, inspiring people made me feel like I can be big and confident on Instagram without being a thirsty bear.

“I posted a half-naked photo of myself in the bath and thought ‘oh god, everyone’s gonna hate this’ but I got all these likes and I felt amazing about it afterwards. Things like that really started to help me.” 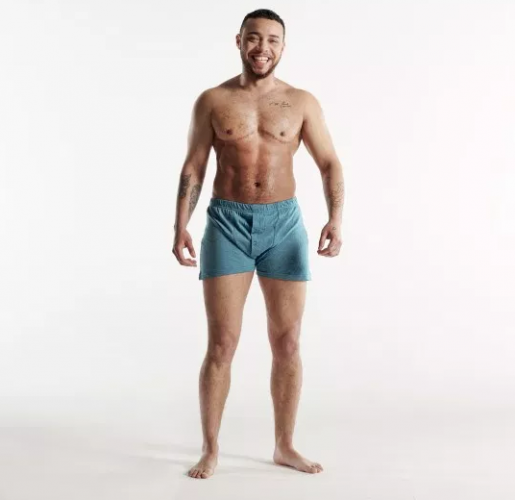 Trans model, Kenny Ethan Jones (above), said: “Going to the gym was a huge part of me overcoming any insecurities I had about my body. I was skinny – I weighed about seven stone –  and then I went up to ten stone.

“That added weight made me feel a bit more masculine, stronger and gave me that confidence. When you feel that confidence, you radiate it out to everyone else and they feel it, too.”

B&T is committed to making industry equality and inclusion the norm. If you are too, you need to be at Changing The Ratio in Sydney on May 30th. Check out all the details here.