In this guest column, Atomic 212’s client lead, Ashleigh Hall (pictured below), says ads are coming to your streaming services. And, she adds, it should make us all very happy indeed…

With Disney announcing they are pulling their content from Netflix to start their own streaming service, Australian audiences are set to be overwhelmed by the sheer level of choice on offer when it comes to a personalised television experience. 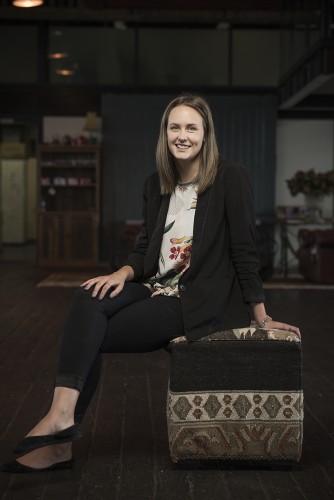 And while the major streaming services have made their way into our homes and hearts by being an ad-free platform, our country’s relatively small population compared to the sheer volume of services soon to be on offer means one thing…

From humble beginnings, with pretty much just Quickflix and Foxtel playing in the space, streaming has boomed in Australia.

At the moment, the three major players in Australia are Netflix, Stan and Foxtel Now. We’ve also got the dedicated reality TV streaming service ‘Hayu’, QuickFlix is showing signs of life (in that their website is seemingly up-to-date), while Amazon’s Prime Video is on our shores and has a both serious financial clout and award-winning TV and movies in their offerings.

That all sits alongside our free-to-air TV offerings, with each of ABC, SBS, Nine, Ten and Seven offering ‘catch up’ services, which are effectively ‘free’ streaming services, except they come with ads (bar ABC’s iview).

Then there are the services which are just over the horizon.

Obviously, Disney are one to watch, with their announcement they’re kicking off not one but two streaming services – one for TV and movies, the other dedicated to sport. No plans for Australia just yet, but you have to wonder how long that will last. The sport-focussed streaming service could well point to the future of live sport in Australia, but that’s a kettle of fish best left for another time.

The TV and movie service will launch in 2019, with Disney keen to quickly roll out in multiple markets – so we can probably expect to see it Down Under soon enough. And with Toy Story 4, the Frozen sequel and the live-action Lion King all announced as featuring during the launch year, good luck to parents who think they’re not going to be forking out for that subscription.

Meanwhile, Game of Thrones fans are waiting with bated breath for HBO to bring their Go service to Australia, and American broadcaster CBS recently announced their All Access service had plans for global domination.

Chuck in the services many Aussies haven’t heard of, like Hulu – which could well have designs on launching here, particularly after the success SBS On Demand has achieved with the Hulu original series The Handmaid’s Tale – and you’re starting to get a seriously cluttered picture.

So how do you decide which ones you drop your hard-earned on?

Part of the appeal of both Netflix and Stan is that they’re both, give or take, $10 a month. That’s like 30 cents a day to have TV powered by you at your fingertips – meaning plenty of households are willing to pay for both.

But how many people are going to be happy to pay $100 a month to ensure they can watch House of Cards (Netflix), Wolf Creek (Stan), Westworld (HBO), The Mindy Project (Hulu), as well as all the Kardashian junk and Disney magic they can handle?

And sure, you can opt in and out as you please – a bit part of these services’ appeal is the lack of lock-in contracts – but people are lazy.

What’s more likely is that we’re going to see a serious case of economic Darwinism, where only the strongest will survive.

But ‘best content’ doesn’t necessarily equate to ‘strongest’. The question will be about value for money.

And that’s where advertising comes in.

Take Spotify as an example. According to Statista, while the music service has 140 million worldwide subscribers, just 50 million of those are paying for the service. Granted, 50 million is nothing to turn your nose up at, but 90 million people worldwide are happy to have their playlist interrupted by ads every few songs to avoid paying the monthly $11.99 fee.

It’s proof – as though we need any more, after more than 60 years of commercial television in this country – that the public are happy enough to put up with ads if it means they don’t have to reach into their pocket for convenient, home-based entertainment.

Now, it may be difficult for the likes of Stan or Netflix to bring ads to their previously uninterrupted platforms – it’s a lot more difficult to get the toothpaste back into the tube – but there are two reasons even these ad-free services could incorporate them successfully.

The first is that it’s been done before. Pay TV in this country launched as an ad-free service, but introduced ads after two years and has continued to grow. That said, in 1997, Foxtel was not facing the kind of competition these streaming services are up against.

But the huge advantage these services have with regard to the introduction of ads is that it will be perhaps the first time in history where a TV-esque service will be completely individualised.

Sure, you may watch a bit of Netflix with your partner or family, but if I’m caught watching one of ‘my’ shows on my boyfriend’s account, I get blown up – because it messes with his lists and recommendations.

It’s become quite territorial, which is a huge opportunity for marketers.

A streaming service knows exactly what you like to watch, and by sharing data with the likes of banks, credit cards, supermarkets and various other retailers, the ads on the streaming services of the near future could be completely wastage free.

And that’s the holy grail not only for marketers, but audiences. How good would it be if you could watch you favourite TV shows, for free, with the only interruptions coming via ads that are pitching products that you actually want – not just the ones that would be targeted at your demographic?

It’s a golden age of television, there’s really no question of that, and streaming deserves thanks for the state of the industry. But the exciting thing for marketers is that they may also bring about a golden age of advertising.