Pastry chef and TV celebrity Adriano Zumbo has been accused of underpaying his workers, according to a report on last night’s episode of A Current Affair.

The latest allegations follow on from revelations in early April that suggested MasterChef’s George Calombaris had ripped off his restaurant staff to the tune of some $2.6 million. 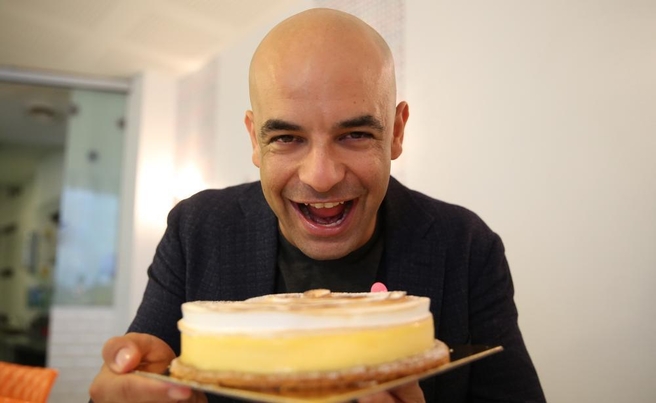 One young pastry chef, who went by the name of Samantha, told ACA: “Basically, on my payslip, it says that I’m being paid to Host Super and my policy number is 123456789. So there’s money being taken out of my pay every week, but I don’t have a policy number, I don’t have an account with Host Super.

“So where’s my money going? I don’t have an account with Host Super and why haven’t I been paid my super for the past seven months that I’ve been working there?” the disgruntled employee said.

Others interviewed for the show said they’d been paid late, at the wrong rate, and had not been paid for working overtime.

Staff said cakes at Zumbo’s bakeries sold for as much as $300 and many had quit the company due to the ongoing concerns.

ACA approached Zumbo for comment during the story – while he was running to catch a plane – who told the reported that it was the first he’d heard of the staff underpayments.

Zumbo later clarified in a letter to ACA that he was working to rectify the problem.

“In January 2017 a new overtime system was implemented by my business. As a result, a number of discrepancies were identified in the calculation, approval and payment of overtime to a limit number of staff.”

“It saddens me to learn that some of my current and former staff did not share their apparent concerns relating to their working conditions with me or our HR department,” the letter said.

Zumbo has appeared as a guest judge on Ten’s MasterChef, on an SBS documentary about him and last year he was awarded his very own reality bake-off show on Seven – Zumbo’s Just Desserts. Sadly, the show failed to resonate with viewers and its audience numbers were average at best. Many believed the premise of the show was a winner, however, the host – Mr Zumbo – lacked the charm and charisma to engage viewers. Seven reportedly has no plans to do a second version of the show.