Network 10 has announced its 2020 MasterChef judges at its annual upfronts event today in Sydney. 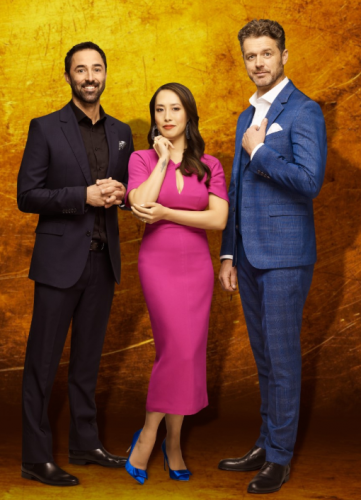 Network 10 chief content officer Beverley McGarvey said: “In a nation obsessed with food, we are thrilled to welcome Jock, Melissa and Andy as judges to MasterChef Australia.

“Their combined culinary credentials coupled with their passion and sheer joy for food, and their relentless enthusiasm to explore ingredients, preparation and cooking methods ensures we are in for a real treat.”

Endemol Shine Australia CEO Carl Fennessy said: “We are thrilled to welcome Jock, Melissa and Andy to the MasterChef Australia family. Jock’s culinary resume across Australia and the United Kingdom puts him in the very elite of contemporary chefs.

“Melissa’s diverse palate and incredible food knowledge will test our contestants in every way, and Andy brings with him a wealth of experience as a MasterChef Australia winner who’s become one of Australia’s hottest chefs.

“We’re excited to welcome this new generation of judges to the MasterChef kitchen.”

Despite rumours that Calombaris’ very public woes around his underpayment of staff at his Melbourne restaurants was the catalyst for trio of chefs exiting the show, media reports suggested 10 management had been eyeing a line-up change for some time and had refused the three’s demands for extravagant pay increases.

Not that Preston, Mehigan and Calombaris will be off our screens for long, amid speculation the three are now eyeing a multimillion-dollar deal with either Netflix or Amazon Prime.